WHEN Timmie Jean Lindsey arrived at hospital to have a tattoo removed from her chest in spring 1962, she didn’t realise she was about to make history.

Surgeons Frank Gerow and Thomas Cronin offered the 29-year-old mother of six the chance to have a first-of-its-kind operation to boost the size of her breasts.

The boob job is 60 this year. The surgery really took off in the Nineties thanks to shows such as Baywatch, with its surgically enhanced star Pamela AndersonCredit: Rex Features

In the space of two hours Timmie went from a modest B to a full C cup at The Jefferson Davis hospital in Houston, Texas.

“I thought they came out just perfect,” she once boasted. They felt soft, just like real breasts.

“I don’t think I got the full results of them until I went out in public and men on the street would whistle at me.” 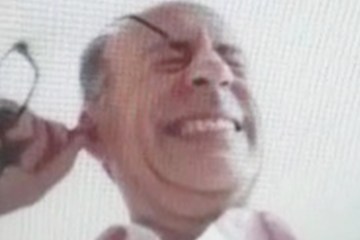 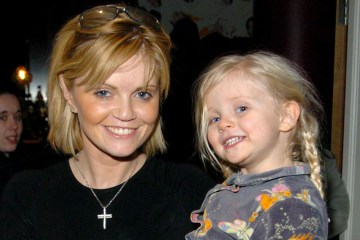 Since these first silicone implants millions of women have followed her lead and gone under the knife to have their bust artificially increased.

In the UK, the average price for breast augmentation is between £3,500 and £8,000, and patients can choose from a range of smooth or textured implants filled with either saline or silicone gel.

Consultant oncoplastic breast surgeon Lucy Khan told the Sun: “While augmentations remain popular, the more empowering message for today’s women is that all breast shapes and sizes are equally beautiful.”

This wasn’t always the case. In the years that followed Timmie’s surgery, the dominant narrative was clear — bigger is better.

This trend was fuelled further by the popularity of Nineties lads’ mags and shows such as Baywatch, with its surgically enhanced star Pamela Anderson.

“Men’s mags from the Nineties and the Noughties reinforced this perception,” adds Ms Khan.

“Their choice of female cover models and ‘sexiest’ lists pushed this mindset, while the Baywatch generation was very influential.

“In this era, many women who opted to increase their cup size had it paid for or backed by male partners.”

By 1990 almost a million women worldwide had undergone breast surgery.

The celebrity trend continued to grow. Victoria Beckham went from a natural 34A to a 34DD after she became a mum in 1999.

She later had them removed, telling Vogue in 2011 her “torpedo bazookas” had gone.

Around this time, Katie Price shot to fame as glamour model Jordan after having her first op aged 18, where she went from a B to a C cup.

Since then, the 43-year-old mum of five has undergone another 13 boob jobs, including one to take her to 32GG.

It was during the Noughties that breast ops became mainstream.

This was largely due to big cosmetic surgery companies offering affordable finance options, including interest-free monthly payment plans — and the popularity of surgically enhanced reality TV figures such as Amy Childs, 31, and Vicky Pattison, 34.

Love Island’s Megan Barton-Hanson has had three breast ops — the first when she was just 19.

She is outspoken about the need for celebs to be upfront about what they’ve had done so they do not create unrealistic expectations.

But she also defended her right to choose what to do with her own body.

Megan, 28, said: “It’s so dangerous when celebrities deny they’ve had boob jobs. There’s no shame in having surgery.

“I have the money and I’m doing it purely for me. Why should I be judged?”

There have been tragedies too. In 2011, Edwige Ligoneche, a 53-year-old from Marseille, France, died from anaplastic large cell lymphoma (ALCL), an aggressive, rare type of cancer associated with the PIP implants.

In June 2012, Susan Grieve, 40, a legal secretary from Musselburgh, East Lothian, died from the same illness.

A damning UK report that year found implants made by French firm Poly Implant Prothèse (PIP) had double the rupture rate of others.

It became known as the PIP scandal. It is estimated more than 47,000 British women and more than 400,000 worldwide have these implants.

In 2013, mother-of-five Josie Cunningham, 32, underwent a free £5,000 treatment on the NHS, taking her from a 32A to a 36DD, after claiming she was bullied over her naturally small breasts.

She later become a glamour model.

Despite the risks, more than 25,000 women in the UK undergo breast augmentation each year.

Ms Khan says: “The advent of social media accelerated it with people sharing pictures and comparing themselves to others.

“And remote working has also made people more conscious of their appearance on video calls, so this could be another spur for cosmetic enhancements.”

Love Island’s Megan Barton-Hanson has had three breast ops — the first when she was just 19Credit: ITV

Victoria Beckham went from a natural 34A to a 34DD after she became a mum in 1999Credit: SIPA

Since her first at 18, Katie Price has undergone 13 more boob jobs, including one to take her to a 32GGCredit: BackGrid

Josie Cunningham, 32, underwent a free £5,000 treatment on the NHS, taking her from a 32A to a 36DD, after claiming she was bullied over her naturally small breastsCredit: Newsteam

Previous post Brothers, Wrongfully Convicted of Murder, Are Freed After 25 Years in Prison