FATHER’S Day is this weekend so you might be scrambling for a last minute treat for dad.

But whether it’s something foodie or his favourite drink, you don’t have to go over budget. We reveal all the best cheap deals and freebies.

You can treat dad to dinner on the day without going over budgetCredit: Getty

Father’s Day doesn’t fall on the same date every year, although it is always the third Sunday of June.

This year it’s June 19 – giving sons and daughters across the country just a week left to rustle something together for Dad.

If you’ve left gift buying until the last minute, or don’t fancy the extra charges of delivery fees, or even a trip to the shops, going out for lunch to celebrate could be the perfect way to redeem yourself.

Lots of restaurants are offering freebies and discounts on food and drink for fathers this weekend. 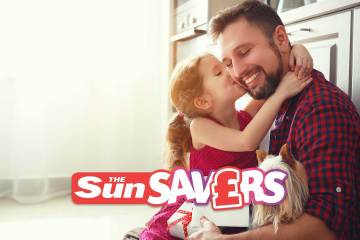 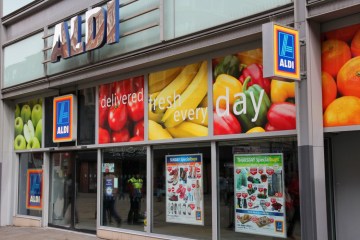 Even the supermarkets have something to boast if you fancy putting on your own chef’s hat to impress dad on the day.

And if all else fails you can always get a cheap card to stick up on the mantelpiece.

Here’s what you can bag so there’s no need to spend more than you need to:

Frankie & Benny’s is giving all dads a free pint of beer this Father’s Day weekend.

They can get a free draught pint of Budweiser (or soft drink if they’re not on the hard stuff) from June 17 to 19.

The pint is usually worth £4.40, but dads can get a pint of Bud on the house at any time over the weekend.

They can only get the one though.

That’s because they need to sign up to the restaurant’s newsletter before visiting, and show a member of staff the code received to cash-in.

Pizza Express has a similar offer on for dads too.

If you are a part of its PizzaExpress Club you get a free 660ml Peroni Nastro Azzurro.

You have to spend £10 or more when you’re dining though, to cash in.

It’s only available on Father’s Day itself and you can only claim one freebie per member.

To claim the reward you have to apply it to your bill within the app too.

But joining the club for the first time also means you get free Dough Balls on your visit which is another win for dads.

A Jack and Coke on the house

Dads can get a Jack on the house at any Sizzling pub.

They receive a free 25ml Jack Daniels this Sunday.

Your family can only claim one free drink per booked table though.

To claim you need to book a table now, and then show your booking confirmation on your mobile phone to a member of the team on the day.

Greene King at home slashed to £8

If you’re not heading out to the pub though, you can treat dad at home.

It’s not just out and about that you can get a taste of Greene King’s tangy ales for example.

At Tesco a six pack of the pub chain’s beers are normally £9.

In time for Father’s Day though, the supermarket has slashed the price of the crate to just £8.

The only catch is that you have to have a Clubcard to claim – but it’s free to get one of the store’s loyalty memberships.

Steak for less than a tenner

If he’s more into food than drink then it might be an idea to treat dad to something meaty instead.

At Morrisons you can get him a massive kilo steak for less than a tenner.

It costs shoppers just £8 to buy in time for the weekend.

Weighing in at just under a kilo, the Tomapork is a whopping British rib end pork loin steak that comes in two pieces and is edged with pork belly.

It is left on the bone for succulence and served with a black pepper basting butter for an indulgent, rich finish.

Sainsbury’s is taking it one step further with a whole meal deal for dad at just £5 too.

In the deal you can pick up four burgers and four beers, or four soft drinks.

Normally the store’s Taste the Difference quarter pounder steak burgers cost £3.50 on their own.

Anyone treating dad to a feast this weekend can save up to £3.50 on the combo.

If you’d rather not face the washing up after though, Brewers Fayre is offering up the Daddy of all Roasts from just £8.99.

You can only get the Roast on Sunday but that doesn’t mean there aren’t other offers to cash in on over the rest of the weekend.

And there’s the King of all Breakfasts for £9.50 this weekend too.

Harvester, meanwhile, is offering up a three course meal for just £20.

The deal is running from June 18 to 19 and includes BBQ favourites like saucy ribs, juicy steak, and tender skewers for £19.99.

You don’t HAVE to dine in either, as the grilled favourites can be enjoyed at home by ordering a takeaway for delivery or click-and-collect.

The glut of food is super cheap but keep in mind that if you’re after some of the bigger items on the set menu like steak, you may have to pay an extra £5.

If all else fails you can make sure you’ve got dad a card with a cheap offer from Three.

You get an A5 99p greeting card every week, through the Three+ rewards app.

It starts on June 16 which gives you just enough time to get a cheap card for dad.

To redeem the offer, you need to be a Three customer with the Three+ app.

From there you can select the offer and redemption code to use on “thortful’s” website and app.

You do have to pay for postage though, so factor this in to your last minute plans.

Previous post The Celtics Stopped Stephen Curry. Everyone Else Made Them Pay.

Next post Full strawberry moon: What to know about the supermoon