AMERICA is poised to dump crippling tariffs on British steel today – as ministers say they hope to ink a full-blown US trade deal before the next election.

International Trade Secretary Anne-Marie Trevelyan says there has “definitely” been a change in approach from Joe Biden’s White House.

Anne-Marie Trevelyan said she hopes to sign a full blown deal with the USA before the end of 2024Credit: AFP

Vladimir Putin’s brutal invasion of Ukraine has “highlighted” the importance of the US and UK standing together on freedom, democracy and trade, she added.

Speaking exclusively with The Sun while on a trip to Baltimore, Mrs Trevelyan said she hopes to sign a full blown deal before the end of 2024.

A post Brexit trade deal with the US will be “bigger and chunkier” than anything we have done before, she declared.

She added: “It’s really great actually – Team Biden have leaned in and want to get going on getting our trade teams talking more fully about the issues that are important to both of us.” 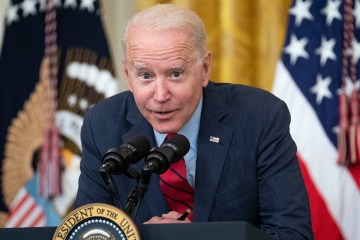 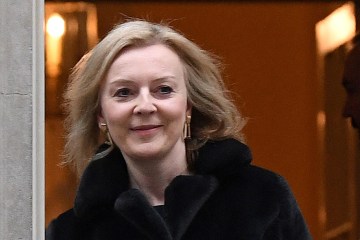 The US President has gone from appearing to have “no appetite” for trade deal talks just a few months ago to wanting to get one done, she said.

“This is the first crystallising point of that next step”, Britain’s Trade Tsar added.

And in a huge boost to those discussions, hopes are growing that the US will ditch its punitive tariffs on UK steel and aluminium within days as early as today.

They have cost British jobs, harmed trade and been a running sore in the Special Relationship.

If they are axed, Britain is expected to tear up its retaliatory tariffs on blue jeans and Harley Davidson motorbikes.

Mrs Trevelyan said she “kicked off” and the US had “listened”.

She added: “I came over just before a Christmas and pointed out that it was not OK for them to still be hanging over us.

“I pressed the point – ‘you are our closest allies, this does not reflect well’.”

Britain hopes to start formal negotiations on a US trade deal before the end of the year.

We can work “at pace” and get a deal down within 18 months, the Cabinet minister said.

If all goes well, Boris Johnson goes into the next general election – expected in 2024 – defying his critics to deliver the bumper US trade deal so many said would never be done.

Pondering the prospects of a quick deal, Mrs Trevelyan said: “Could one do it in a year? Maybe, but I would have thought 18 months is probably, once one gets going, realistic.

“But it depends on the vagaries of politics and political life.”

In the meantime Britain is adopting a “twin track” approach to the talks.

While ministers are negotiating with the White House they are also in talks to do “mini deals” with individual American states.

This would not slash tariffs on imports and exports, but would unlock many billions of pounds in trade by slashing other red tape.

The first mini trade US deals are expected to be agreed “within months”, with Indiana , Oklahoma and North & South Carolina all at the front of the queue.

Ms Trevelyan says the horrific invasion of Ukraine by Red Army tanks has shown just how important the Special Relationship is – including for trade.

She said: “I think there is a really positive energy about it.

“Bluntly, the Russia crisis has highlighted (the closeness of the two countries)…We have worked hand in glove with the U.S. in the last month, looking at sanctions. [It’s helped us] realise that thinking of actually this is important and we need to crystalise it. So I’m very optimistic.”

Earlier, she had met with local politicians and trade chiefs down at the Baltimore docks – made famous in The Wire TV show.

Here, containers groaning with British goods like McLaren cars and JCB diggers get shipped in, while US tractors and trucks destined for the UK get shipped out.

Speaking in front of the busy port, Ben Cardin, a Democrat Senator for Maryland, urged the Biden administration to do a post Brexit trade deal.

“You are a great partner in so many ways.

“Now that we are in this battle to save democracy in regard to Putin’s invasion of Ukraine it’s even more important than ever that we unite the free world.”