The Spanish giants – along with neighbours Atletico – have been alerted to the Brazilian’s situation at Manchester City.

And the European champions are on the look-out for a new forward after their hopes of landing Kylian Mbappe were dashed.

Jesus has now finished on international duty with Brazil and says he will start thinking about his next move when his holidays begin on Tuesday.

“I’m looking to see what’s best for me and above all, for my career. From Tuesday, we’ll see what is the best.” 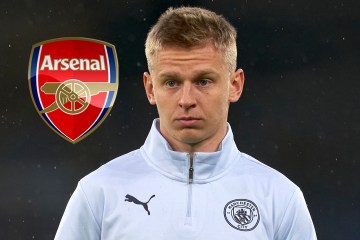 Jesus played a key role in City’s latest title triumph but his place will come under threat from the arrival of Erling Haaland and Julian Alvarez.

The 25-year-old has just one year remaining on his deal at the Etihad – and a big offer is likely to tempt the champions to cash in.

Arsenal had been leading the race for Jesus after holding talks with his representatives.

Despite keeping hold of Eddie Nketiah, the Gunners will bid farewell to Alexandre Lacazette.

And Mikel Arteta is in dire need of at least one new striker.

Jesus is open to joining Arsenal even though they missed out on a Champions League finish.

But his head could now be turned by European champs Real.

Jesus’ versatility means he could slot in on either side of Karim Benzema.

And the Brazilian would also be able to fill the striker’s boots when he’s in need of a rest.

As for Atletico, they are set to let go of Luis Suarez and need someone to partner Antoine Griezmann up top.

Previous post Days before his South Carolina primary, a G.O.P. congressman who voted to impeach Trump stands by his vote.