Houston Astros star Yordan Alvarez is about to be paid, reportedly agreeing to the largest contract ever for a player who is primarily in the lineup as a designated hitter.

Alvarez, the 2019 American League Rookie of the Year winner, is coming off a career year in 2021 and a postseason in which he was named MVP of the ALCS. 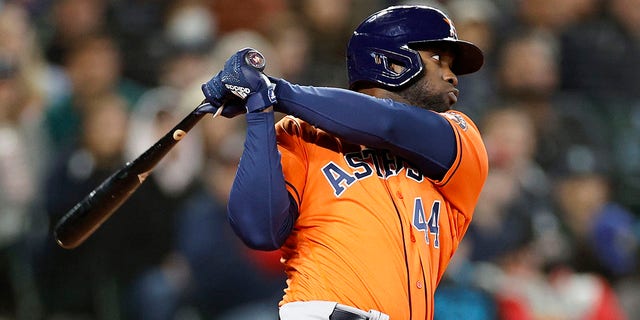 Yordan Alvarez #44 of the Houston Astros watches his single to score Aledmys Diaz #16 during the eighth inning against the Seattle Mariners at T-Mobile Park on May 29, 2022 in Seattle, Washington.  (Steph Chambers/Getty Images)

The contract extension is reportedly for six years, $115 million, according to ESPN. The extension will pay Alvarez $26 million per year in the three years after he was scheduled to be eligible for free agency, and is the fifth-largest contract for a pre-arbitration player. 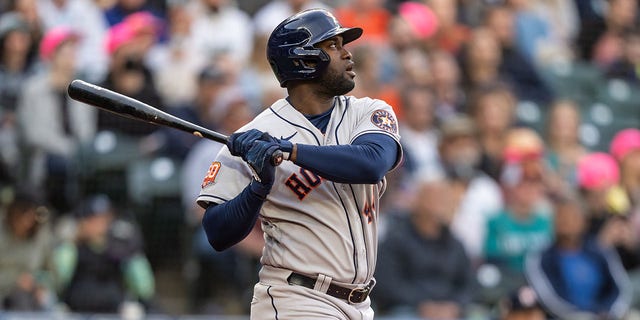 Yordan Alvarez #44 of the Houston Astros takes a swing during an at-bat in a a game against the Seattle Mariners at T-Mobile Park on May 27, 2022 in Seattle, Washington. The Mariners won 6-1.  (Stephen Brashear/Getty Images)

Through 45 games of the 2022 MLB regular season, Alvarez is hitting .272 with 31 RBIs and 14 home runs, which is tied for third in all of Major League Baseball. The Astros are currently in first place in the AL West, sitting at 33-18 and 6.5 games up on the second place Los Angeles Angels. 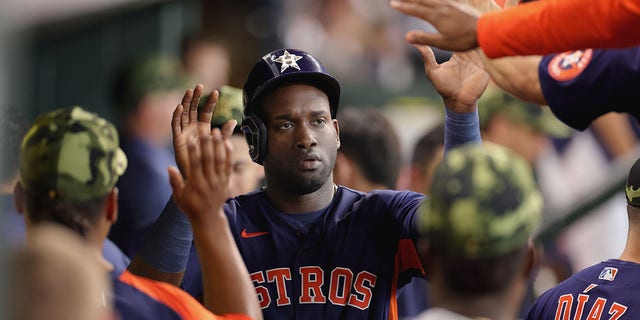 Yordan Alvarez #44 of the Houston Astros high fives teammates after being driven in on a double hit by Yuli Gurriel #10 during the fifth inning against the Texas Rangers at Minute Maid Park on May 22, 2022 in Houston, Texas.  (Carmen Mandato/Getty Images)

In other MLB news, the Philadelphia Phillies fired manager Joe Girardi on Friday, after the team struggled to a 22-29 start to the 2022 MLB season. Phillies bench coach Rob Thomson has been named interim manager for the remainder of the season.

Girardi was in his third season as manager of the Phillies. He ended his career in Philadelphia with an overall record of 132-141.