The president kicked off his first in-person appearance on a late-night talk show by discussing gun control efforts with comedian and host Jimmy Kimmel. Biden wasted no time in taking aim at Republicans saying, “A lot of it is intimidation by the NRA. Look, this is not your father’s Republican Party. This is a MAGA party.” 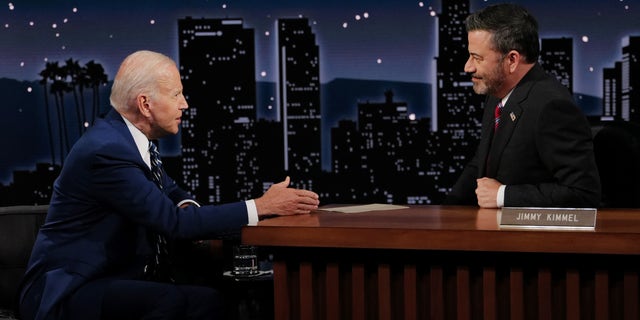 The president talked about his recent trip to Uvalde, Texas, where 19 children and two teachers were gunned down at Robb Elementary school.

“I met with every single family member of all those kids killed, and those teachers killed down in Uvalde, Texas,” Biden said. “The stories they told and the pain you could see on their faces.”

Kimmel then questioned Biden about the possibility of issuing an executive order on gun control, saying former President Donald Trump “passed those out like Halloween candy.”

The president responded, “I have issued executive orders within the power of the presidency to be able to deal with everything having to do with guns, gun ownership… all of the things that are within my power.”

He went on to accuse Trump of abusing the Constitution, saying he doesn’t want to “emulate” his predecessor.

The president then accused Republicans of placing democracy in jeopardy.

“I often get asked, ‘the Republican’s don’t play it square, why do you play it square?'” Biden said. “If we do the same thing they do, our democracy would literally be in jeopardy. That’s not a joke!”

Kimmel then expressed to the president how he thinks Democrats are frustrated because they won the House, Senate and White House and have made very little progress when it comes to guns, reproductive rights, voting rights and climate change, saying “in some ways we’ve moved backwards.”

Biden responded by claiming “we’ve actually made some real moves” when it comes to climate change. He cited efforts to push solar and wind energy, as well as electric vehicles. 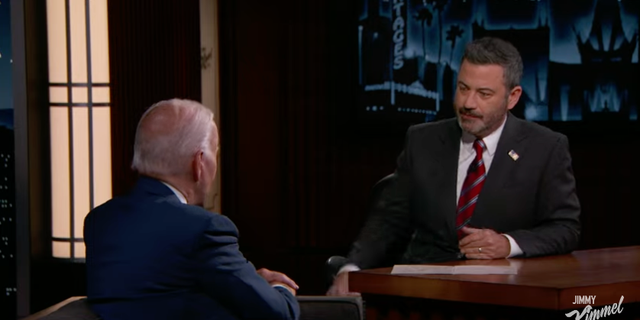 The president then painted a positive picture of the current economic conditions in the U.S., despite the fact Americans are facing record-high inflation and soaring gas prices.

“Here’s where we are,” he said. “We have the fastest growing economy in the world. We have 8.6 million new jobs since I got into office. Unemployment rate’s down to 3.6%. We reduced the deficit last year by $320 billion. This year we’re gonna reduce it by $1.7 trillion.”

He admitted that inflation is “the bane of our existence,” and suggested he wants to work to lower the cost of health care, prescription drugs and child care.

Biden told Kimmel he has never been so optimistic in his life, saying American children are the best educated, the least prejudiced and most giving generation in American history.

BIDEN GOES MORE THAN 100 DAYS WITHOUT MAINSTREAM MEDIA INTERVIEW: ‘HIS HANDLERS ARE PETRIFIED’

The interview wrapped up with Biden and Kimmel discussing the forthcoming U.S. Supreme Court decision that may overturn landmark abortion case Roe v. Wade. Biden said he doesn’t think “the country will stand for it” if the high court overrules Roe, and hinted that there are some executive orders that he could employ to counteract the outcome. He did not offer any further details about the potential executive orders.

Biden said if the Supreme Court overrules Roe v. Wade and states begin to impose limitations on abortion, it will cause a “mini revolution.” He said many people could get voted out of office.

First lady Jill Biden accompanied the president to the taping of the show. She was seen in the live studio audience wearing a mask and sitting alongside several other members of the Biden family. 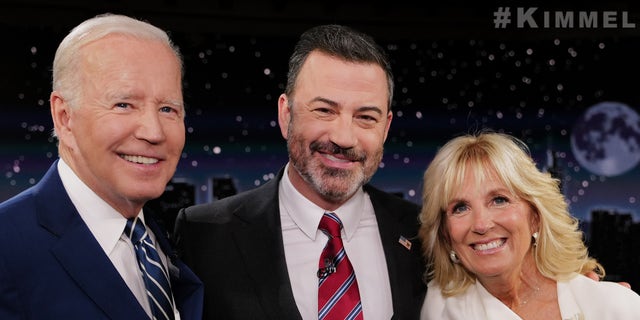 Biden’s appearance on “Jimmy Kimmel Live!” comes amid a perilous time for his presidency. Biden’s approval rating dipped to 39% towards the end of May in an AP-NORC poll, his worst mark since entering the White House. An ABC-IPSOS poll published Sunday found that just 28% of Americans approve of Biden’s handling of inflation and 27% approve of his response to rising gas prices.

An AP poll from the same time last year showed the president having an approval rating of 63%, which was 24 points higher than his May 2022 rating.

Prior to Wednesday’s interview with Kimmel, the president joined NBC’s Lester Holt on Feb. 10 prior to the Super Bowl, which marked his last major media appearance, nearly four months ago to the day. Biden then did two other friendly interviews, sitting down with historian Heather Cox Richardson and progressive YouTube host Brian Tyler Cohen at the end of February.

Lorraine Taylor is an editor at Fox News. News tips can be sent to [email protected] or on Twitter @LorraineEMT.