Rep. Jasmine Crockett, D-Texas, attacked Texas Republicans as being responsible for the deadly school shooting in Uvalde that killed 19 children and two adults in May, saying they had blood on their hands.

While appearing on MSNBC’s “The ReidOut” on Wednesday, Crockett condemned her state’s governor and other Texas Republicans as culpable for refusing to pass gun control.

“Listen, I think where you’re going wrong is you’re looking for some logic to come up out of Greg Abbott. We have seen over and over and over, I mean in, your intro, what did you talk about? You talked about the things that they called special sessions,” Crockett said. 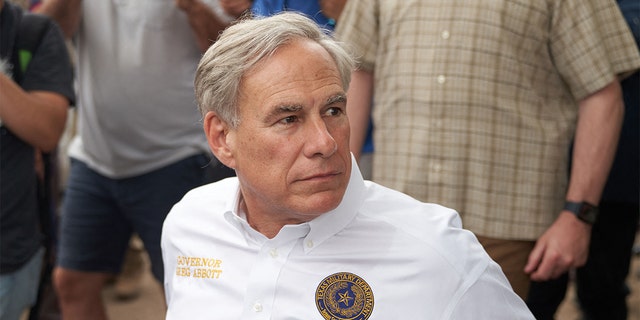 Texas Gov. Greg Abbott tours the U.S.-Mexico border at the Rio Grande in Eagle Pass, Texas, on May 23, 2022. (Allison Dinner/AFP via Getty Images)

“You talked about their priorities, and listen, let me be clear. I don’t want anybody to have any questions. The blood of these children is on the hands of the Republicans in the state of Texas period. No question about it because let’s talk about who has been in control in the state of Texas for at least the last 30 years. It’s been Republicans and their failed policies,” she added.

She reiterated, “We need protections. We need an assault ban period on the federal level. That’s the only thing that’s going to put a check on Texas because Texas doesn’t see this as a priority. They could care less about those children.”

Crockett also suggested that the reason Texas Republicans and Gov. Abbott don’t care about gun reform is because the victims of the Uvalde shooting were mostly Hispanic. 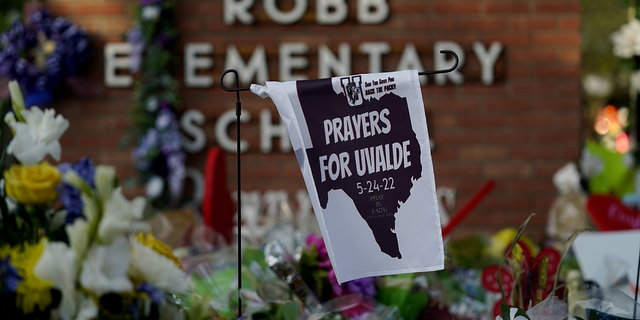 A banner hangs at a memorial outside Robb Elementary School on Friday, June 3. (AP/Eric Gay)

ANA NAVARRO LOSES IT DURING CNN GUN CONTROL PANEL: ‘GET YOUR A—ES IN GEAR AND CALL YOUR SENATORS!’

“Let me be clear about one other thing. We talk about Buffalo and we talk about the racial component but nobody is bringing up the fact this was a school of Brown children. So I have some questions related to that as well. Would it be different, because that’s the same thing we saw in El Paso, because it was Brown people that were targeted? Would it be different if they were not Brown little children? Would they care a little more? And the reality is that the state of Texas is a majority-minority state and we need to start looking out for all Texans no matter what color they are,” Crockett said. 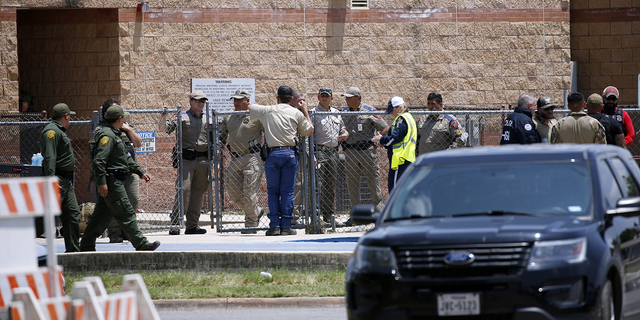 Law enforcement, and other first responders, gather outside Robb Elementary School following a shooting on Tuesday, May 24, 2022, in Uvalde, Texas. (AP/Dario Lopez-Mills)