A 17-year-old high school student in southern California was arrested with a ghost gun over the weekend after allegedly threatening to shoot “up a school” and “kids” on social media, the Menifee Police Department said.

The teen, a senior at Heritage High School, was also harassing other students, according to the police, though he didn’t make threats against any specific school.

Detectives arrested the 17-year-old as he was returning home on Saturday and found a ghost gun and a pair of brass knuckles in his possession. 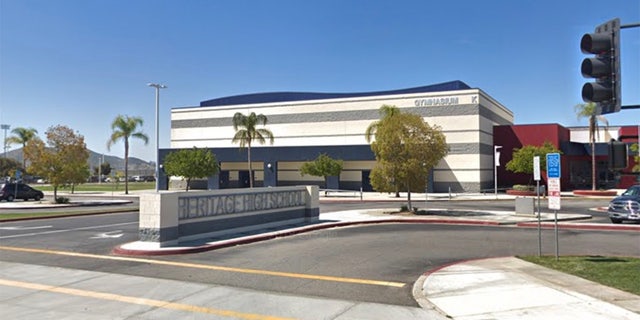 The 17-year-old is a senior at Heritage High School in Menifee, California.  (Google Maps)

The teen, whose identity has not been released, was booked into the Riverside County Juvenile Hall on charges of making criminal threats, possession of brass knuckles, and possession of an unregistered firearm.

“Parents and guardians, please take the time to talk with your students about the appropriate use of social media,” Heritage High School said Sunday on Facebook. “All threats of violence are taken seriously and we will continue to work diligently with our law enforcement partners to pursue any person of interest.” 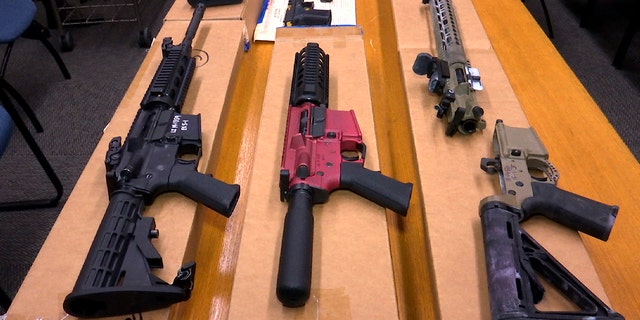 The Menifee Police Department said it is looking into how the 17-year-old acquired the ghost gun, which is a privately made firearm that can be built from scratch or put together with an assortment of weapons parts.

Because they do not have a serial number, it’s much harder for law enforcement to track them if they are used in a crime.

The Biden administration announced a crackdown on ghost guns earlier this year, saying that they will now be treated like traditional firearms in the United States.

Previous post Transfer news LIVE: Latest updates and gossip ahead of the window

Next post New Jersey: How to vote, where to vote and what’s on the ballot.