Ryan Grantham, who played Jeffery Augustine in the hit CW series, has already admitted to shooting and killing his mother, 64-year-old Barbara Waite, in the back of the head while she played piano inside their townhouse in the community of Squamish in British Columbia on March 31, 2020.

He pleaded guilty to a second-degree murder charge in March, downgraded from the initial charge of first-degree murder.

During a court hearing Monday, prosecutors presented the results of two psychiatric reports suggesting that Grantham was motivated to kill his mother in order to spare her of witnessing further violence he intended to commit, namely against Trudeau, CBC reported.

“Mr. Grantham was seeking to save his mother from something he was going to do,” Crown prosecutor Michaela Donnelly told the court. “That is something different than altruism.” 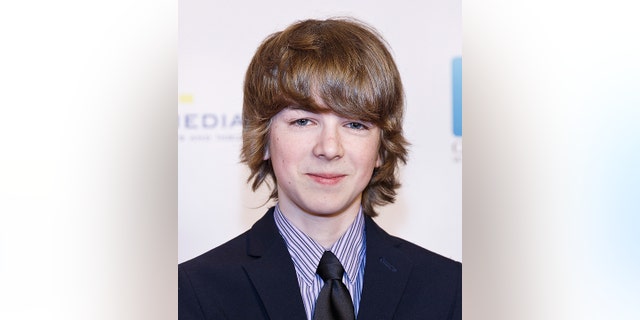 In killing Waite, Grantham carried out a “heartbreaking breach of trust,” Donnelly said.

“Barbara Waite loved her son very much, was an excellent parent and in her mind had no reason to fear him,” according to the prosecutor.

Prosecutors revealed this week that the day after killing his mother, Grantham allegedly packed his vehicle with three guns, ammunition, 12 Molotov cocktails, camping supplies and a map with directions to Rideau Cottage in Ottawa, CBC reported. He allegedly set out driving east with the intention of traveling some 50 hours by car to ultimately kill Trudeau. But he ended up turning around near Hope and contemplated committing an act of mass violence at Simon Fraser University instead, prosecutors claimed. Grantham turned himself in to Vancouver police that night.

He allegedly left his mother’s body where it had fallen in the shooting, covering it with a sheet and placing a set of rosaries and candles by the piano. Grantham tested a Molotov cocktail in a remote area before embarking on his road trip.

His sister was the one to find the body on April 1, 2020, after their mother stopped answering texts and phone calls. 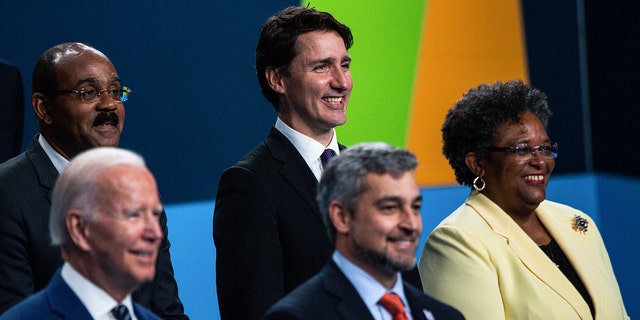 “How can I trust anybody when my only sibling chose to execute my mom when her back was turned,” Lisa Grantham told the court.

Prosecutors said Grantham had rehearsed his mother’s murder, recording Go Pro video of a walk through of the area and secretively approaching Waite with a gun on one occasion. He later recorded video, which was played in court, in which he admits to killing Waite and shows her bloodied dead body.

In the months before the killing, both psychiatric reports note Grantham had “cannabis use disorder,” as well of escalating feelings of self-hatred, depression and urges to commit violence and kill himself. He also experienced intense guilt fearing his mother would find out he stopped attending classes at Simon Fraser University and was smoking a lot of marijuana. 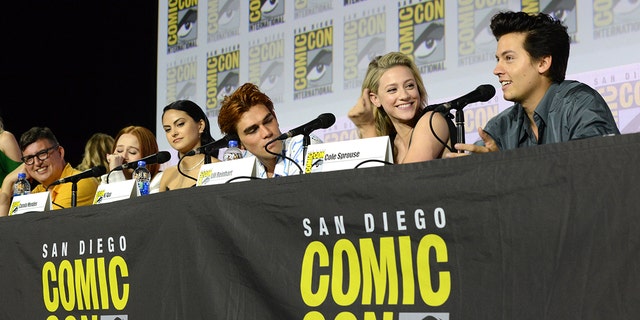 “I’m so sorry mom, I’m so sorry Lisa … I hate myself,” he wrote in a March 31, 2020, journal entry, according to prosecutors. “There’s a lot of media of me out there … film and TV … hundreds of hours of me that can be viewed and dissected … No one will understand.”

In Canada, the second-degree murder charge warrants an automatic life sentence, and prosecutor are asking that the now 24-year-old Grantham not be eligible for parole for at least 17 or 18 years. Donnelly noted that Grantham has many chances to reconsider the murder, as he unloaded and reloaded his .22 caliber rifle and then sat on the stairs of the townhouse for nearly 15 minutes beforehand.

Grantham has acted since he was 9 and in addition to his role on Riverdale, which was filmed in British Columbia, has also worked in the TV series Supernatural and iZombie, and the films Diary of a Wimpy Kid and The Imaginarium of Doctor Parnassus.

In Riverdale, his character was responsible for killing main character Archie’s father in a hit-and-run accident. The death was written into the script out of necessity after former Beverly Hills, 90210, star Luke Perry suddenly died of a stroke March 4, 2019.

Previous post Sam Ryder 2023 Tour: How to get tickets to see the Eurovision sensation