BIG Brother star Channelle Hayes has said she plans to have a tummy tuck after losing an incredible nine stone.

She announced her engagement to fiancé Dan Bingham last month, and admitted: “I wouldn’t want to be a bride if I was bigger.”

Chanelle Hayes seen at the ITV Loose Women studios in 2017 before her incredible weight lossCredit: Getty

She shed 9st but now wants a tummy tuckCredit: chanellefhayes/Instagram

The reality TV star also opened up on changing the size of her boobs.

When asked by OK! if she had been wedding dress shopping yet, she said: “Not yet because I’m getting my boobs done in January, and until then I don’t even want to look at a wedding gown.

“I’m also considering a tummy tuck to get rid of some of the loose skin I’ve developed since losing so much weight. I feel like nothing would fit properly until those two things are done and that would get me down.

“I don’t know whether I would have wanted to get married if I was still bigger. But I am excited because I feel confident as I am now. I know I definitely don’t want a big meringue-style dress and will probably go for something quite simple, but I’m not deciding anything for certain just yet.” 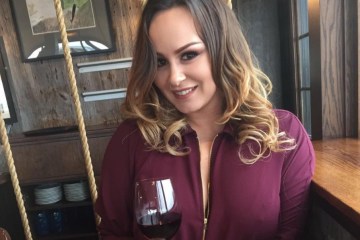 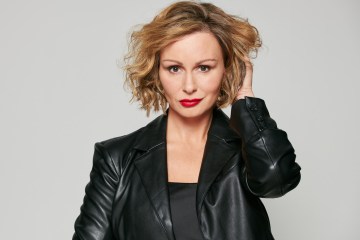 The amazing results of her gastric sleeve operation were on full display earlier this year as she confidently showcased her figure in the sunshine.

The ex Big Brother star dropped from a size 18 to a size 10 in recent years.

Chanelle was prompted to undergo gastric sleeve surgery in 2020 after her weight reached over 17 stone – and proudly showed off the results as the strolled along the sand.

The mum of two has said she is far happier since shedding the pounds, but recently admitted she still has a way to go to love herself.

She wrote on Instagram: “I have wobbles and jiggles and bits I don’t love about myself, but looking at the physical data on paper from my healthcare team of how much my health has improved since the weight loss that caused these jiggles helps me to embrace the bits of the outer me I don’t like.

“Now I look at my body as something I am grateful for, that I have taken for granted, that I need to treat with respect.”

At the height of her fame in 2009, the former Big Brother star  weighed 8.5stone, barely eating and taking laxatives to try and achieve a WAG body – skinny with big boobs.

Chanelle, mum to Blakely, 11, who is the son of former footballer Matthew Bates, and Frankie, three, from her relationship with PE teacher Ryan Oates, is studying for an adult nursing degree to become an advanced nurse practitioner.

She lasted 62 days on Big Brother 8 in 2007 and hasn’t been far from the public eye since, but says her days posing for sexy snaps in magazines are over.

The star, then aged 18, heading into the Big Brother house in BorehamwoodCredit: PA:Press Association

She piled on weight and reached 17 stone

Previous post A Businessman Is Acquitted in a Georgetown Admissions Trial