Barkley appeared on ESPN’s “Get Up” Friday to redo his list. 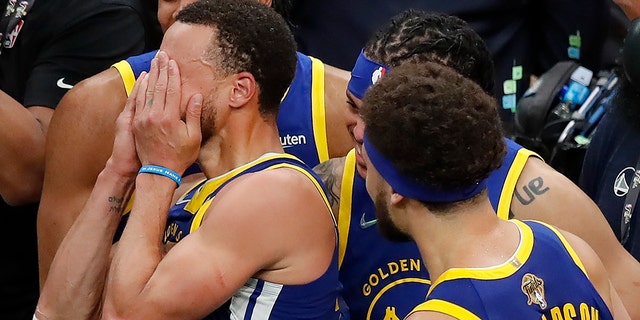 “This is going to be painful for me to say. I think he passes Isiah Thomas as the greatest small guard ever. That’s just my personal opinion,” Barkley said. 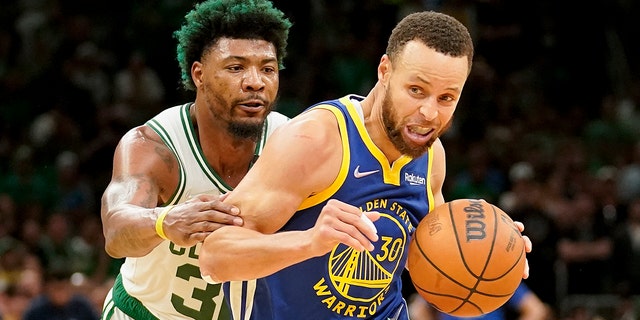 Curry scored 34 points, grabbed seven rebounds and dished seven assists in the game in 40 minutes. He was 12-for-21 from the floor, including 6-for-11 from 3-point range.

“We found a way to just get it done,” Curry told reporters after the game. “It’s part of a championship pedigree, our experience. … We built this for 10-11 years. That means a lot when you get to this stage.” 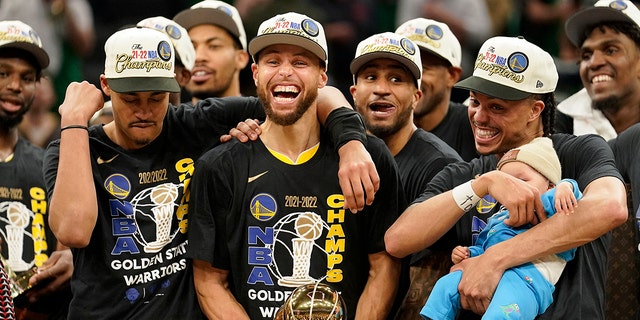 Golden State Warriors guard Stephen Curry, center, celebrates with teammates as he holds the Bill Russell Trophy as MVP after the Warriors beat the Boston Celtics in Game 6 to win an NBA title Thursday, June 16, 2022, in Boston. (AP Photo/Steven Senne)

The superstar guard has won four championships, but Andre Iguodala and Kevin Durant were named NBA Finals MVPs in the previous wins. The Warriors won their other titles in 2015, 2017 and 2018.