OVER the past three years this Prime Minister has faced a series of unprecedented challenges — in Brexit, Covid-19, war in Europe and the global cost-of-living squeeze.

Most leaders would have found them individually daunting, and collectively overwhelming.

Time and time again he has got the big calls right — and proved the doubters wrong.

Brexit — the largest democratic vote in our history — looked like a lost cause this time three years ago.

Boris became PM a month later, and within five months he got Brexit done, against howls of protest and concerted blocking tactics in Parliament. 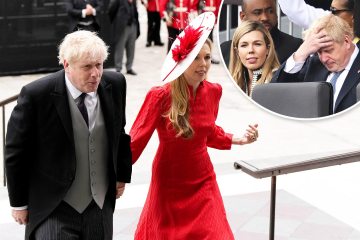 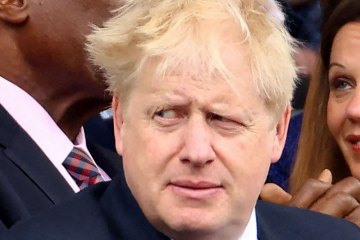 When the worst global pandemic for generations struck the UK he was told it would take years to devise the vaccine that would vanquish the virus.

He set up a taskforce to seek out and support the most promising projects and secured us a stash of the best vaccines — delivering the fastest booster rollout in Europe.

Next the PM took the big call to protect millions of jobs through furlough, jobs that would otherwise have been destroyed by the pandemic.

He saved our country from that lasting economic and social scarring.

And he continues to demonstrate that he is on the people’s side with a package of £37billion this year alone — £1,200 each for the most vulnerable households — to get us through this post-pandemic global cost-of-living squeeze.

Abroad, in the wake of Russia’s unprovoked attack on its peaceful, law-abiding, neighbour, Ukraine’s president, Volodymyr Zelensky, has shown extraordinary fortitude and courage.

But he has also singled out our PM for praise in the support and solidarity the UK has shown to Ukraine in their hour of need — from our sanctions on Russia to our military and humanitarian support for Ukrainian people.

Because of Boris Johnson, Ukrainian MPs waved Union Jacks in their Parliament when he addressed them, and ordinary Ukrainians have sung God Save The Queen across the cities and villages of that war-torn country.

Given all these global challenges it is more important than ever that the Government has a laser-like focus on doing its job.

Some would like to see a destructive, divisive and distracting Conservative civil war up at Westminster.

It would dominate the agenda for months.

It would mean Westminster talking to itself about itself, alienating millions we were elected to represent.

It would be a spectacular show of self-indulgence.

It would also be a gift to Labour — giving them the best possible chance at the next election.

Instead, we must turn a page on that Westminster navel-gazing and focus all our energies on delivering for the British people the things that really matter to Sun readers.

Firing up the economy to attract the investment we need, and tackling the cost of living. Funding the NHS to clear the Covid backlogs.

Strengthening the education and skills for every child, no matter what their background or start in life.

And my own brief, cutting crime to make our streets safer.

The PM shares my determination, as Justice Secretary, to keep serious offenders locked away for longer, while rehabilitating those who are serious about taking a second chance to go straight — to drive down reoffending and protect the public.

In the past eight months, we have launched our overhaul of the Parole Board, to keep more dangerous criminals off our streets.

We are making public protection the overriding concern and adding a ministerial check to the cases of the most serious offenders.

We have announced our plans to replace the Human Rights Act with a Bill of Rights, to strengthen quint- essentially British rights such as freedom of speech, while adding some common sense to the system by stopping foreign national offenders from using human rights to frustrate deportation.

I plan to publish the full Bill of Rights shortly.

We have toughened up sentences for sexual and violent offenders.

We have introduced Harper’s Law, so anyone who kills one of our brave emergency workers in the course of their duties will face a mandatory life sentence.

We have brought in Tony’s Law, so adults who cause or allow the death of children get life imprisonment — protecting the most vulnerable.

We have made it easier for the victims of domestic abuse to seek justice by giving them more time to report incidents of assault against them.

But, this Prime Minister and this government are restless to go further and faster. From easing the cost of living to cutting crime, it is only the Conservatives who have a detailed plan.

Led by a PM with the passion, the vision and the perseverance to deliver on the people’s priorities, this government must get on with the job – and nothing should distract us from that.

Previous post ‘Blood’ of Uvalde children is ‘on the hands of Republicans’ for not passing gun control: Texas Democrat