The changes in the Student Rights and Responsibilities handbook, approved by a vote of 8-4, make it possible for students as young as fourth grade to be suspended for “malicious misgendering” or “deadnaming” their peers. “Deadnaming” is a word used to describe the act of referring to someone by a name they used prior to transitioning. The changes would also bar elementary and middle school students from using cellphones during the school day, and prohibit high school students from using their cellphones in classrooms, bathrooms and locker rooms.

“It is disappointing that the proposed changes to Student Rights and Responsibilities passed, but it’s not unexpected,” Fairfax parent Stephanie Lundquist-Arora told Fox News Digital.

She added that the school board needs to check its priorities.

“Last year, this Board refused to provide our children in-person education for over a year,” Lundquist-Arora continued. “Families were struggling and inundated with homeschooling or mediating their children’s virtual (un) learning, and rather than addressing academic concerns, this Board slips a policy past us that virtually no one supports. Last night, we witnessed them doubling down on that policy and confirming that parents’ voices do not matter to them.”

Parents at Thursday’s rally had similar reasons for showing up.

“What’s most concerning to me is the punishments,” Tyler Ohta, founder of Moms for American Values, told Fox News Digital ahead of the vote. “They are talking about potentially giving suspensions to children as young as fourth grade, and these rules will go in place for children all the way as young as kindergarten. So to hold little children culpable, responsible, for someone else’s personal decision, compelling their speech at such a young age. It’s a very dangerous path that we’re going down and we need to defend our free speech and our religious beliefs.”

“We want to make sure the school board realizes that they are trampling on the rights of our children by compelling them to speech and punishing them if they do not abide by that regulation,” another parent, Linda, from Fairfax Station, said.

Another parent, Jennifer Hoyer, called the schools’ actions “subversive” and that the changes would result in a lot of student “trauma.”

“This school board will weaponize anything they can to punish anybody who disagrees with them,” another Fairfax parent declared, referencing how during the pandemic Fairfax County Public Schools considered students’ refusal to wear a mask a violation of the dress code.

“We live Fairfax County, their voting history is far left,” Robinson told Fox News Digital. “I wouldn’t call it progressive. I would call it regressive… It will damage relationships in the classroom. And it will hinder our learning environment.”

Several drivers honked in support as they passed by the rally, with one woman yelling, “Yeah! Keep it up!” 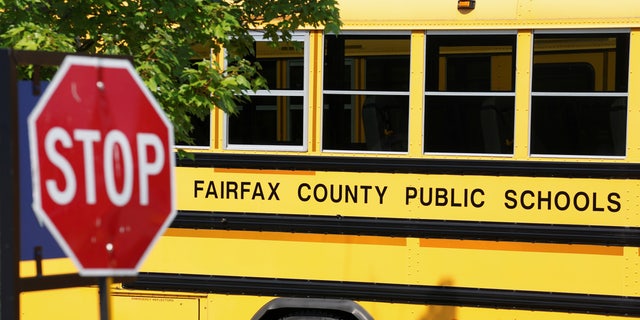 FCPS Pride held a rally in tandem. Participants explained their support of the changes while singing, “We are a peaceful, angry people and we are singing, singing for our lives,” by Holly Near.

“I’m a parent of kids that identify as LGBTQ, and so I’m just fighting to make sure they are safe and comfortable in schools as all kiddos should be,” Chris McCormick, a mother from Fairfax, told Fox News Digital. “Protect every child also means protecting our LGBT students who are often at greater risk for a lot of things.”

“Personally I think the changes will be very helpful for particularly our trans students,” she said of the approved policy changes. “I can understand why there’s some room for misunderstanding about what intentional misgendering means and the use of pronouns. I think it’s definitely a learning process for everyone. But I think it’s important to get that right and to make sure that our kids are safe in schools.” 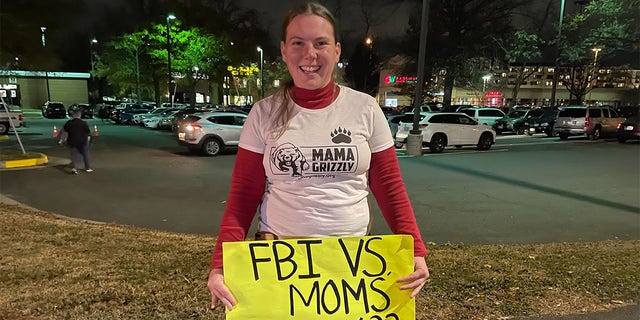 Lundquist-Arora explained next steps for her and her fellow Fairfax parents.

“Fairfax County parents are a resilient group and will not be deterred,” she said. “Our next steps are to encourage parents and students who disagree with the document to not sign it at the beginning of the academic year. We further will call for a repeal of all language in the document that compels speech and violates the 1st Amendment.”

Fairfax County Public Schools media relations told Fox News Digital, “Fairfax County Public Schools firmly believes that every student has a right to be respected. Our Student Rights and Responsibilities ensure that all students at FCPS feel welcome and safe in their learning environment. No student should ever have to be faced with persistent and deliberate bullying or harassment once they enter our schools.”

Cortney O’Brien is an Editor at Fox News. Twitter: @obrienc2

Next post With Funding Stalled, Chip Makers Warn Congress the U.S. Is Lagging