PORTLAND, Maine — Two-time Maine gubernatorial candidate Eliot Cutler was arrested for possession of child pornography on Friday, two days after search warrants were executed on his two homes in the state.

Cutler, 75, ran for governor twice as an independent and used his personal wealth to bankroll both campaigns.

He was charged with four counts of possession of sexually explicit material of a child under 12, Hancock County District Attorney Matthew Foster said. Each carries a maximum penalty of five years in prison.

The counts correspond with alleged crimes from December through March, and materials are still being reviewed, Foster said.

“It wouldn’t surprise me if more charges were on the way,” Foster said. 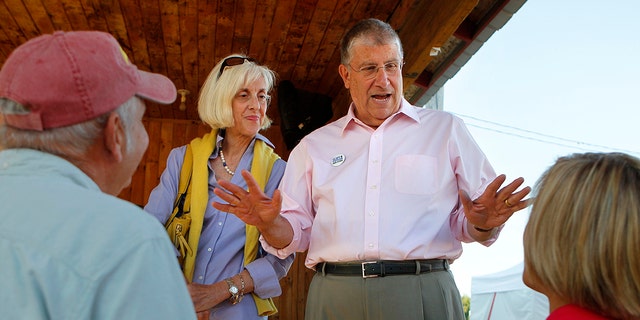 Cutler was arrested without incident by the Maine State Police Computer Crimes Unit at the home he and his wife share in Brooklin, a coastal community 130 miles (210 kilometers) from Portland, officials said. He was booked into the Hancock County Jail with bail set at $50,000.

PENNSYLVANIA GUBERNATORIAL CANDIDATE GETS PRIVATE SIT-DOWN WITH TRUMP AT CPAC; WILL SEEK ENDORSEMENT

The arrest following a two-month investigation was a shock in Maine, where Cutler is a well-known political figure and wealthy attorney.

Cutler battled to a close finish in the governor’s race in 2010, losing to Republican Paul LePage by less than 2 percentage points. Four years later, he came in a distant third place, behind LePage and Democrat Michael Michaud. 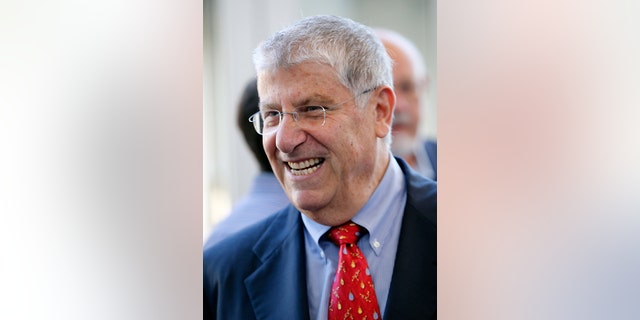 After running for governor, Cutler oversaw the establishment of a Professional and Graduate Center initiative for the University of Maine System that combined several areas of study.

In Washington, Cutler served as an aide to the late Democratic U.S. Sen. Edmund Muskie and later as former Democratic President Jimmy Carter’s top adviser for environmental and energy issues.

Cutler went on to serve as an environmental attorney and helped found a law firm in Washington, D.C.

The Bangor native later returned to Maine and resided in Cape Elizabeth, where he owned a mansion that he later sold for $7.55 million to a nephew of former President George H.W. Bush.

On Wednesday, law enforcement officials searched his current homes, a townhome on Pine Street in Portland’s West End and an 1850 farmhouse on the waterfront in Brooklin.

Cutler resigned the same day from the Lerner Foundation’s board of directors “for personal reasons,” said Don Carpenter, executive director of the nonprofit that helps rural students attend college.

He was previously involved in “high-level strategy and governance” and didn’t come into direct contact with students, Carpenter said.