Tributes from the NFL community, including Barber’s former teammates and coaches, started pouring in following the news of his passing. His cause of death has not been released.

NFL Hall of Famer and former Cowboys head coach Bill Parcells, who selected Barber in the fourth round of the 2005 NFL Draft, said he always held Barber in “high regard.” 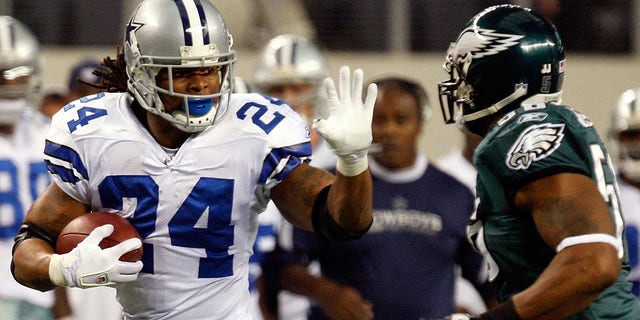 Running back Marion Barber (24) of the Dallas Cowboys runs the ball against the Philadelphia Eagles at Cowboys Stadium Jan. 3, 2010, in Arlington, Texas. (Ronald Martinez/Getty Images)

“I would say I found him to be a very nice, respectful young man,” Parcells told the Dallas Morning News. “And I had a very high regard for him. He was like he could do everything you could ask him to do and he was always there.

“I hate to bring up football now because that’s not important, but he was almost like a perfect player,” Parcells added. “In this respect, he could run, block, he could catch, he was tough, and he was always there. So that’s what I’ll say about him.” 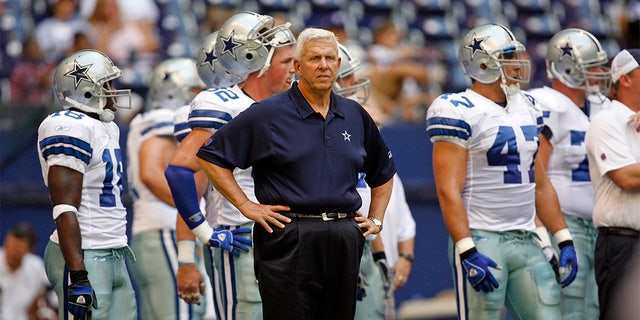 He made the Pro Bowl in 2007 and, along with quarterback Tony Romo, helped lead the team to the playoffs three times.

Known for his hard-hitting style of running, Barber rushed for 4,358 yards and scored 47 rushing touchdowns in six seasons with the Cowboys.

He famously made arguably the best two-yard run in NFL history.

Barber was drafted the same year as former Cowboys defensive end Marcus Spears, who called him “a great teammate and a great dude to be around.”

“A warrior on the field. I’m gonna remember MB as my spades partner and someone that I would rap real-life [stuff] with every once in a while,” Spears told the outlet. “Rest well, MB, the Barbarian.”

Jason Garrett, the Cowboys offensive coordinator during Barber’s Pro Bowl season, called the running back a “rare guy,” on Twitter. Garrett later served as the head coach of Dallas from 2011-2019.

“Marion played the game with such passion! He had a deep-down love for football and it showed in everything that he did!” Garrett tweeted. “He loved his teammates and his coaches! His teammates and coaches loved him! Anyone who had the great fortune to be around him knows the impact he made on all the people in his life. He made us all better! Marion was so genuine, so selfless, so giving.

“He would run through the wall for you, and he always had your back!” Garrett added. “I absolutely love Marion Barber and will miss him very much! Brill and I are so saddened by this news and extend our sincere condolences to the Barber family and all who loved him.” 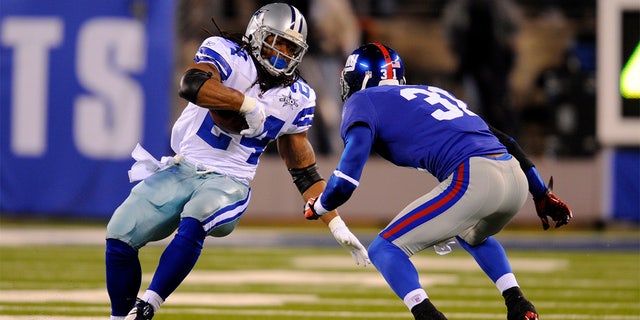 Barber played his final season in the NFL with the Chicago Bears, rushing for 422 yards while averaging 3.7 yards per attempt.

Frisco police told Fox News Digital they responded to a welfare concern at an apartment believed to be leased by Barber.

“Frisco Police along with the Collin County Medical Examiner’s Office are investigating an unattended death at the location,” said police spokesperson Joshua Lovell.