A new book excerpt from former Obama White House Communications Director Dan Pfeiffer claimed Monday that Democrats’ problems with messaging stem from the fact that they are “out-gunned” because “conservative media dwarfs the progressive media in size and scope.”

The piece, published in Vanity Fair, asserts that “Why do Democrats suck at messaging?” was the biggest question asked by Democrat donors at fundraising events Pfeiffer attended over the years. He called it “an inevitable feature of any conversation with any group of Democrat donors.”

“There is no doubt Republicans are winning the messaging war,” the Pod Save America cohost claimed, then turned the question around asking, “but are they winning because they are better messengers?” 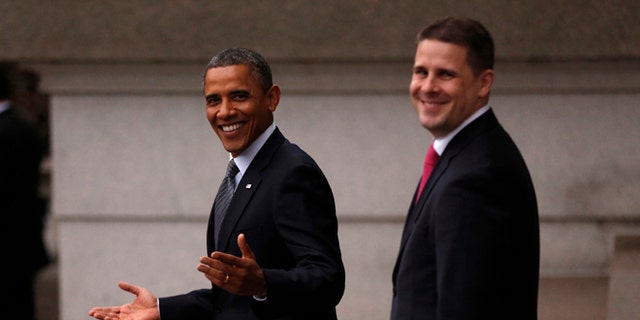 Jan. 16, 2013: President Obama gestures as he walks back to the White House from the Treasury after attending an event in Washington. With Obama is White House Communications Director Dan Pfeiffer. (Reuters)

Pfeiffer claimed, “Republicans and their billionaire supporters invest so much time and energy in building a disinformation apparatus that can overcome the opinions of the majority of Americans,” and “They have perfected a strategy of social media trolling that tricks angry liberals into inadvertently spreading their message.”

Meanwhile, “The Democratic Party is more diverse (ideologically, demographically, and geographically) than the Republicans,” so branding and messaging are harder for them.

Ultimately, Pfeiffer argued that even if Democrats had perfect messaging, “it still wouldn’t matter much,” because “The conservative media dwarfs the progressive media in size and scope.”

He described them as two armies, with conservative media “equipped with tanks and stealth bombers,” while the liberal media “shows up to the battle wielding pocketknives.” 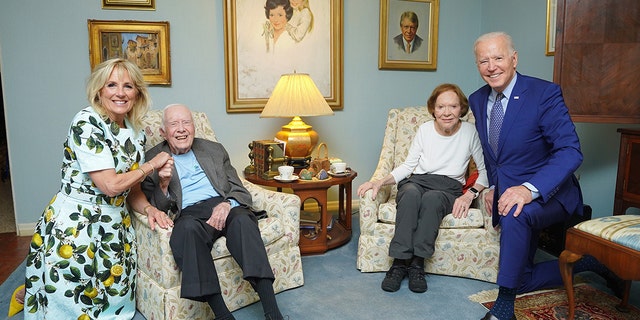 He claimed, “The bulk of the media on the right is an adjunct of the party apparatus; during the Trump presidency it was state-adjacent propaganda—Pravda, but with plausible deniability.

“Much of the media on the left is focused on holding Democrats accountable and/or moving the party’s agenda in a more progressive direction. This is, of course, an admirable and necessary task, but it doesn’t do much to help Democratic candidates and causes win the messaging battle against Republicans come election time,” Pfeiffer wrote.

Pfeiffer blamed Facebook, then claimed Republicans have more media outlets on their side.

“Facebook, the biggest, most important media outlet in the world, aggressively promotes conservative content. Democrats are out-gunned. We have fewer outlets with less reach. What we say is being drowned out. Sure, we need a better message, but ﬁrst we need to get a bigger megaphone,” he wrote.

“Democrats have a much smaller megaphone, and our message is getting drowned out,” he reiterated and said, “Republicans dictate the terms of the conversation in American politics and have done so for much of the 21st century.”

“So, how do we build a bigger, better megaphone?” he concluded, ending the excerpt with a cliffhanger.

Joe Silverstein is a production assistant for Fox News Digital.