Four players with the Minnesota Twins will not be traveling to Canada for their three-game series against the Toronto Blue Jays because of the country’s COVID-19 vaccine policy.

Right fielder Max Kepler, Emilio Pagán, Caleb Thielbar and Trevor Megill were all placed on the restricted list over Canada’s health mandates, which require travelers to have at least two doses of the vaccine. 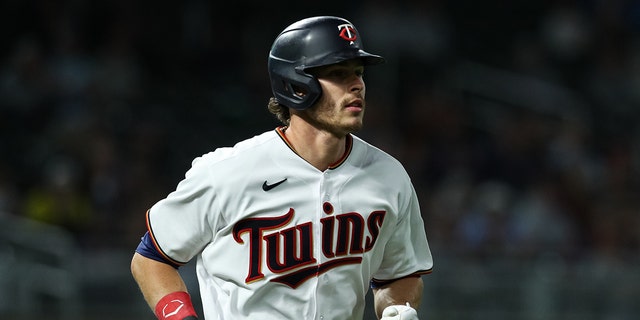 Max Kepler #26 of the Minnesota Twins advances to first base on a walk against the Detroit Tigers in the ninth inning at Target Field on May 23, 2022 in Minneapolis, Minnesota. The Twins defeated the Tigers 5-4.  (David Berding/Getty Images)

Relief pitcher Emilio Pagán spoke to reporters about his decision on Thursday, emphasizing that it was something he discussed with the team.

“I know that there are going to be people that are very angry for this opinion and the stance, but that’s fine,” he said. “I feel like I had a choice to make, and they have also a choice if they’re going to be mad at me or not.”

“I’ve gone to every guy in this locker room and explained where I was, and how I came up with my decision, and apologized because I do know it’s hurting the team,” the 31-year-old Pagán said. “I do not believe this is a baseball decision. This is the Canadian government. It’s not even an MLB rule.” 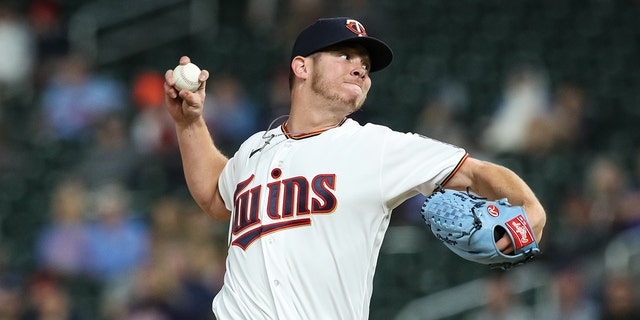 Emilio Pagan #12 of the Minnesota Twins delivers a pitch against the Oakland Athletics in the ninth inning of the game at Target Field on May 6, 2022 in Minneapolis, Minnesota. The Twins defeated the Athletics 2-1.  (David Berding/Getty Images)

The Twins entered June with an already depleted roster, with a long injured list that includes starting pitcher Sonny Gray and rookie shortstop Royce Lewis. A handful of players are also out with COVID-19, including shortstop Carlos Correa and starting pitcher Joe Ryan. 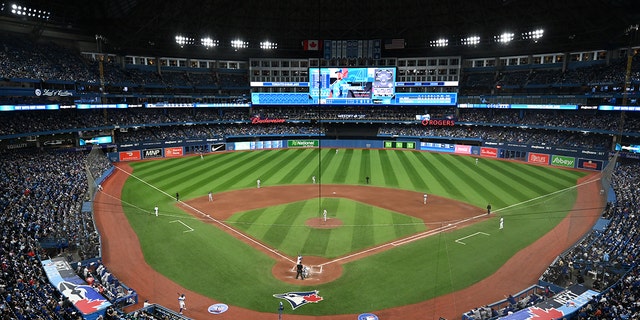 A general view during the game between the Texas Rangers and the Toronto Blue Jays at Rogers Centre on Friday, April 8, 2022 in Toronto, Canada.  (Jon Blacker/MLB Photos via Getty Images)

The Boston Red Sox and Seattle Mariners both announced over the past several weeks that they would have players miss games in Toronto because of the vaccine mandate.