MICHAEL Owen has hit back at his critics after revealing hundreds of Love Island fans have been sending him abuse.

The football legend, 42, has been tormented by viewers ever since his daughter Gemma, 19, joined the show.

The star, seen here at England’s game with Italy on Saturday, hit back

On Saturday he challenged an under-18s football coach who made a crude comment about her Love Island appearance.

The former England ace told him: “What a fine example to set from a man in your responsible position.”

A fan told Michael: “Some right whoppers on twitter these days that take it to far I bet he wouldn’t say that to your face. Disrespectful.”

He replied: “I only selected him from of hundreds of examples. 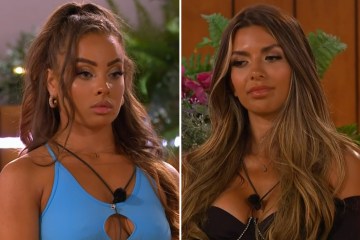 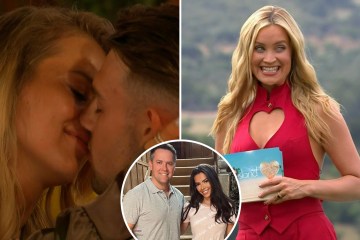 “Good job I’m used to dressing room banter / taking stick. And you’re right, nobody ever says anything to your face!”

Today, he tackled a commentator who had described his TV punditry as “human Nytol”.

He hit back: “And the ‘everybody abuse Michael Owen’ theme of last week continues……. .”

Michael has also been retweeting positive messages about Gemma, including one that said: “To be fair she hasn’t put a foot wrong.

The legendary former striker’s daughter Gemma entered the Majorcan villa last week, which he has described as a “nightmare”.

He later told the Mail: “It’s hard because I have three other kids and this is their sister and they are reading this stuff.”

Referring to his wife, he said: “Louise has been very upset about it. You can say, ‘don’t read it’ but that’s very difficult.

“I know she’s been used to that sort of thing with me — I’ve had it all my life.

“To look at my social media feeds you’d think 70 per cent of the world hates me, but it’s different when it’s your daughter. For Louise it’s more difficult.”

He added: “She’s the most amazing girl you could meet. She’s clever and funny and kind. She’s not two-faced. She’s loyal, a decent person.”

Gemma has spent a full week in the Love Island villa

Previous post At U.S. Open, Betrayal, Greed, a LIV Golf Star and, Above All, Decorum