Host Sean Hannity played a clip of Harris during a visit to St. Landry Parish, La., where she recounted taking a library tour with Louisiana Democratic Gov. John Bel Edwards and “talking about the significance of the passage of time.”

Hannity noted to Gingrich that the speech in St. Landry resembled her description of Ukraine as a country in Europe being invaded by a larger country – and that a tenth staffer for the vice president left their job on Monday.

Gingrich replied that Harris is one “strong reason” to pray for President Biden’s health.

“You are reminded again today that that reason is the vice president. She’s not only totally incoherent — You know, he may or may not have cognitive decline problems at his age, but at her age, she’s just dumb,” he remarked.

“If you were her national security adviser, and you were competent, and you’d worked hard, and you knew what you were doing, and you watched her in Poland break-up laughing when she’s asked about Ukrainian refugees, you had to feel a sense of total humiliation.”

“So I’m not surprised that that particular adviser resigned because it’s very clear that Kamala Harris should never, ever be allowed to leave the country.” 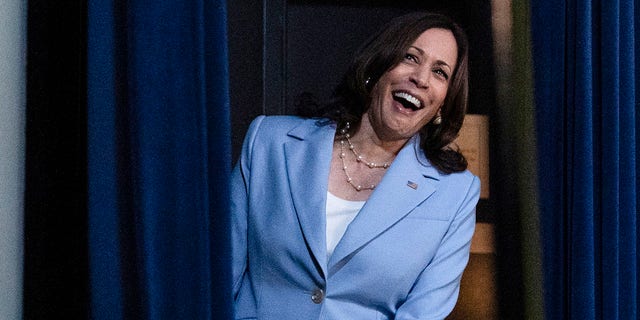 Gingrich said that Harris should also consider “never leaving the Naval Observatory” — the compound in Glover Park, D.C. where the vice presidential residence is.

The former speaker went on to say that one of the presidents he worked with, Ronald Reagan, would take a completely different tact than Harris and Biden in aiding a besieged Ukraine.

He said that Reagan would’ve given Ukraine’s forces “ship-killing missiles” to fend off the Russians’ siege of Mariupol and threats toward Odessa.

“We could give the Ukrainians cruise missiles and surface-to-surface missiles and make a clear statement if the Russians are going to bomb civilians, we have every right to bomb,” he said.

Next post Ex-Wife of Eric Greitens, Senate Candidate in Missouri, Accuses Him of Abuse