Growing up in inner-city Brooklyn, New York, during the ’80s, I’ve seen my fair share of guns and their positive and negative impacts on a community. From the rampant crime that scourged New York City during my childhood and killed countless Americans, many of whom looked like me, to the brave law enforcement officers who protected our streets with firearms.

I grew up very familiar with weapons, whether I was ready or not. The emotional toll of living in an unsafe neighborhood can weigh on your psyche, especially as a parent. My mother, a hardworking single parent, often feared her child could end up dead at the hands of an evil man with a gun, a reality far too many mothers in underserved neighborhoods have faced.

As someone who lived in the inner city, I can say firsthand that my peers and I lived in fear, a fear that we’d eventually grow numb to but a real fear, nonetheless. The fear of getting killed by a stray bullet, witnessing a murder, or getting mugged at gunpoint while walking home from a basketball practice. I mention the latter example because it’s personal to me. Growing up in Crown Heights, Brooklyn, I was walking home after basketball practice when I stared death in the eye at the hands of a deranged person looking to steal my belongings. Although I was reluctant to hand over my valuables to a criminal, I knew my life was far more important than ending up dead over things that honestly didn’t matter.

This experience shook me to my core, but I was just one of many that faced the daily possibility of death or great bodily harm in a place I called home. While this experience forever impacts me, it has not dictated my political philosophy and principles. 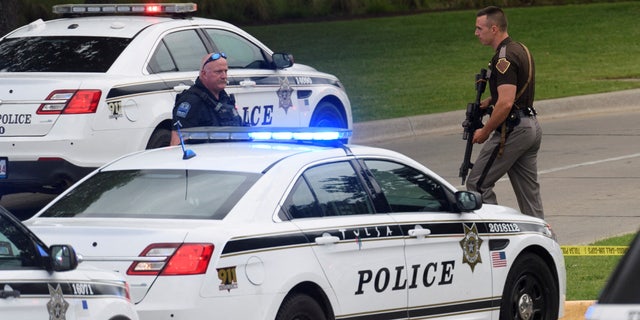 Emergency personnel work at the scene of a shooting at the Saint Francis hospital campus, in Tulsa, Oklahoma, June 1, 2022.  (REUTERS/Michael Noble Jr.)

As our nation has faced a mountain of unprecedented crises, the rule of law and sound policy prescriptions of our elected officials and those in power must be guided by sensible, factual, and practical ideas, not emotion. Whether it’s fighting to keep schools and businesses open during a global pandemic or protecting privacy rights in the wake of a terrorist attack, action must follow the law, not feelings. While I am aware that going against the grain of political pressure and wall-to-wall media coverage can be seen as arrogant or insensitive, people need to stand for our constitutional rights if we want our republic to survive.

As we continue to mourn the devastating, heart-wrenching, and senseless loss of life in Uvalde, Texas, and struggle with the pain of Parkland, Buffalo, Pittsburgh, Columbine, Las Vegas, and many more American cities, I am keenly aware of the desire to “do something now.” My job as an elected official is to determine what that something should and shouldn’t be and make the difficult decision to decipher what is best for my constituents and the future of our nation. Today, all eyes are on our Congress to determine that “something,” — and we must make sure raw emotion doesn’t cloud our judgment, but rather that steady, constitutional solutions take priority.

Whether some in America like it or not, we are a nation grounded in our Constitution, and while some see this sacred document as inconvenient, we must not deviate from this fact. Look, Republicans have kids, too — I have three sons, and their lives and well-being mean more to me than anything. As someone responsible for determining federal policy in our nation’s capital, elected officials on both sides of the aisle must engage in honest and good faith conversations when tackling the American people’s tremendous burdens.

I’ll do everything I can to ensure this nation stays true to our founding principles despite the overwhelming headwinds of bully pulpits and political positioning. My commitment is always to keep my door open, hear all sides, and follow the rule of law, irrespective of the emotionally charged matter up for debate.