A BRIDE-TO-BE was called horrendous after trying on a wedding dress which made her feel sexy.

Ahead of the big day, one bride-to-be, Genevieve, revealed she had been saving up for a wedding dress that she would feel sexy in – but it’s safe to say, the feedback was far from what she had expected.

Some believed the brutal remarks were too harshCredit: TLC

Appearing on the popular show, Say Yes To The Dress, the young woman, from Quebec, Canada, said she was looking for a mermaid style dress, as that would make her feel her the best.

”I feel more sexy is the best because when I dress sexy, I feel more attractive.”

And she wasn’t scared to fork out a fortune for the ultimate dress, as Genevieve arrived at the salon ready to spend more than £8,500.

But whilst the bride-to-be was eager to feel her sexiest on the big day, not everyone was so keen, as Genevieve’s friend was worried there would be less and less material with each dress. 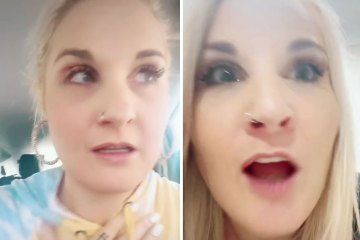 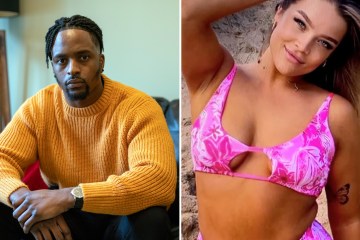 After trying one of the potential candidate dresses, Genevieve left the changing room to stun her mum, sister and friend.

Rocking a lacy number with see-through detailing around her tummy, she said she felt ”sexy”.

However, her friend shared a slightly different opinion: ”I’ve never seen something so horrendous.

”It could be good for a cabaret in Las Vegas – but not for your wedding.”

”Why are you naked? Does it come with a sweater?” he chuckled.

Genevieve’s sister agreed, adding: ”You’re so concerned about how you look and now you get to see so much of it.

”I’m just wondering how you’ll actually feel on the day of your wedding.”

After being bombarded with the brutal feedback, Genevieve got a bit emotional and revealed she didn’t ”feel pretty in the dress anymore”.

Desperate to find a dress, she tried on another one – but although her entourage seemed to love it, Genevieve was missing that sparkle and tears of being obsessed with the garment.

Reflecting on the lacy dress she had worn earlier, the bride-to-be said: ”I came here with a showstopper […] and it’s like ‘meh’.

”I have to rethink what I want to look like.”

Hearing the remarks her friend and family had made, viewers were shocked and took it to comments.

”I felt very sorry for the first bride, her sister and friend were brutal, especially considering that she was body-conscious,” wrote someone.

A second agreed, adding: ”The first brides “friend” saying he won’t let her wear the first dress is really disgusting because it’s not about what he likes it’s about what she likes and feels comfortable in.

”He acts like he’s the one marrying her and he does not respect anything she likes.”

However, there were also those who agreed with the pal’s feedback.

”Then, that see-through was absolutely horrendous. I wouldn’t say that like her friend did, cause it’s rude, I’d just say I didn’t like how it looked.”

Met with brutal feedback, the bride-to-be said she no longer felt pretty in the dressCredit: TLC

Previous post For Some Parkinson’s Patients, Boxing Can Be Therapy