Identical twins Donald and Ronald Crigler have been through just about everything together — including life-saving heart transplants.

The 48-year-old twins from the St. Louis area of Missouri were both diagnosed with dilated cardiomyopathy, Donald in 2011 and Ronald in 2014.

“Everyone has a unique story, but this is the most unique I’ve seen.”

Dr. Andrew Kao, medical director of heart transplantation at Saint Luke’s and the Crigler brothers’ doctor, told Fox News Digital that to have identical twins who both require — and then actually receive — heart transplants is “quite unique.” 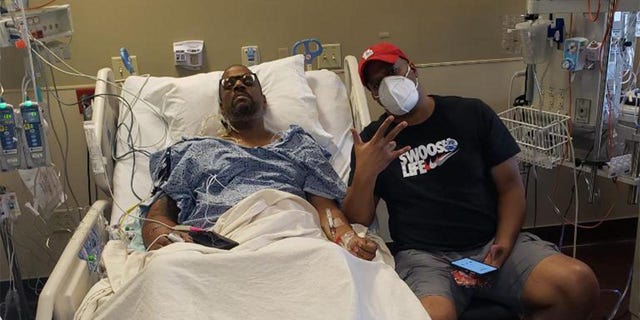 As identical twins, Ronald (left) and Donald (right) Crigler of the St. Louis area have done everything together in their lives. Now, they’ve both had life-saving heart transplants.  (Courtesy of the Criglers)

“For two twins to have exactly the same issue is very, very unusual,” Dr. Kao said. “I’ve been doing transplants since 1982,” he also said. “This is the first time I’ve had identical twins both needing transplants and both being transplanted. So this is really quite a rare occurrence.”

“Everyone has a unique story,” he added, “but this is the most unique I’ve seen.”

‘I couldn’t believe it’: Donald’s diagnosis

When they were growing up, Donald and Ronald were healthy and active and did everything together, Donald Crigler told Fox News Digital.

Even as adults, the two brothers have remained close. They get together for Super Bowl parties, birthdays and other family gatherings. 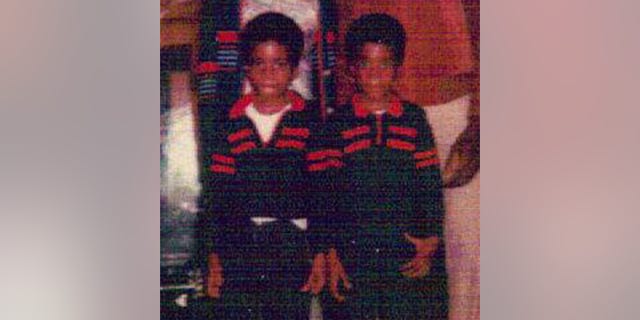 The Crigler brothers have always been close, they told Fox News Digital. Ronald and Donald are pictured here as young boys.  (Courtesy of the Criglers)

Donald Crigler told Fox News Digital that one night in July 2011, after a “typical day” with his family, he started to experience shortness of breath.

He thought he would be able to sleep it off, but the next morning, when he was still struggling to breathe, his wife took him to the emergency room.

“I never thought it could happen to me.”

While he was there, doctors told him his heart was working only at 20% capacity. The rest of his body was retaining so much fluid that fluid was going into his lungs, too.

That day, doctors diagnosed him with dilated cardiomyopathy, otherwise known as an enlarged heart.

“I couldn’t believe it,” Donald Crigler told Fox News Digital. “I have always been extremely healthy … I wasn’t sick prior to that. It was just unbelievable. I never thought it could happen to me.” 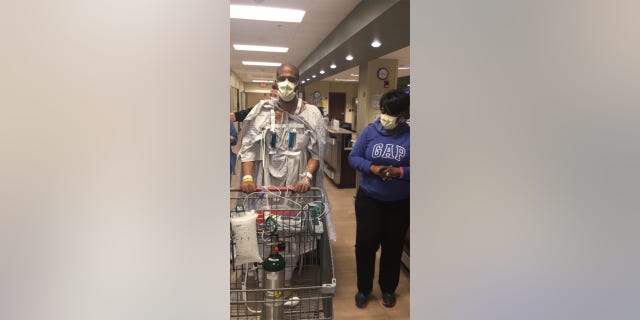 Donald Crigler was diagnosed with dilated cardiomyopathy, or an enlarged heart, in 2011. He’s shown here in the hospital 24 hours after his heart transplant surgery.  (Courtesy of Donald Crigler)

In the years that followed that diagnosis, he said he tried various medications and defibrillators, but they didn’t work.

Donald Crigler said his heart function in 2014 decreased to 10% — so doctors gave him a pacemaker.

They also referred him to St. Luke’s, where he met with Dr. Kao, who talked to him about the possibility of a heart transplant.

‘This can’t be happening to me’: Ronald’s diagnosis

The year before that — in 2013 — Ronald Crigler started to have his own health issues, he told Fox News Digital.

After doing an overnight shift at the post office, he grabbed something “pretty unhealthy” to eat and went home. The next morning, Ronald Crigler felt so bad that he decided to go to the doctor, something he “rarely did,” he told Fox News Digital.

At first, the doctor diagnosed him with irritable bowel syndrome (IBS) and sent him home. 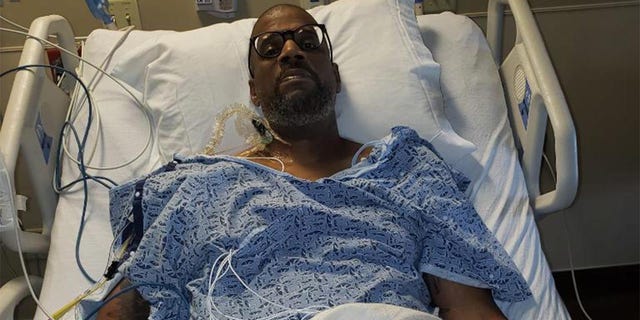 As time went on, though, his body started to swell and retain fluid.

“The fluid got so bad I told my wife I needed to go to the emergency room,” Ronald said. “I’d been putting it off.”

DOORBELL CAMERA RECORDS MOM GIVING BIRTH ON FRONT LAWN: ‘IT CAUGHT IT ALL’

When he got to the emergency room, doctors told him that he also had dilated cardiomyopathy — just as his twin had been told.

“For two twins to have exactly the same issue is very, very unusual.”

Just as his brother did, Ronald tried medication and a defibrillator, but his heart function continued to decrease.

“I couldn’t do a lot of things. Just walking short distances wore me out,” Ronald told Fox News Digital. “I started missing a lot of family things. I just didn’t want to go, because I felt so bad.”

‘Race against the clock’

The Crigler brothers’ condition is genetic, Dr. Kao told Fox News Digital, though doctors were unable to find the genetic mutation that caused them both to have enlarged hearts.

“Within a few years, the two of them went through the same procedure [and] neither one of them responded to medications — [when] most people respond quite well to medications,” Kao said. 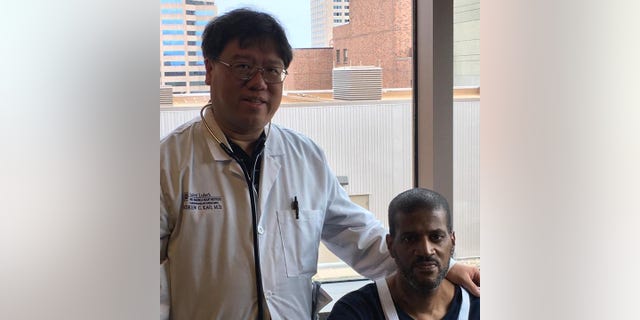 About 15%-20% of people have heart failure related to genetics, Kao said; but rarely do people in those cases have the very same symptoms and the very same reactions to treatments, as the Crigler brothers did.

It’s also unique that both brothers were put on the transplant list — and that both eventually received heart transplants, Kao said.

Even with all the best care and medication, there’s still “that unknown factor” when it comes to organ transplants.

“It’s like driving a car without brakes and [you] hope that you won’t hit a wall. It is just a really scary process for everyone.”

“Which is — when is the donor heart potentially going to be available and is it the right match?” Kao said.

“And there are so many people waiting for hearts. It may be the right match, but someone else may be higher up on the list [with] more priority,” said Dr. Kao.

“It’s literally a race against the clock,” he added. “It’s like driving a car without brakes and [you] hope that you won’t hit a wall. It is just a really scary process for everyone.”

Waiting for a donor

After going through a rigorous evaluation, Donald Crigler was placed on the heart transplant list in 2016.

While he waited for a donor, Donald’s health deteriorated significantly and Ronald came to visit him in the hospital. 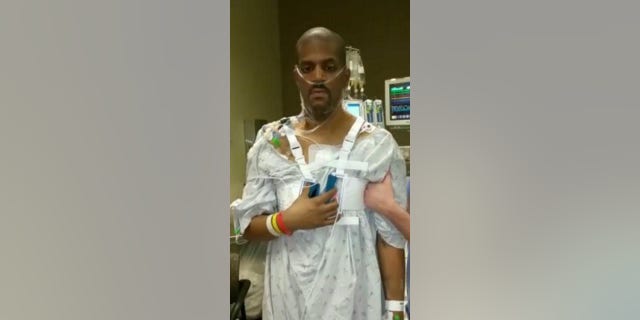 Donald Crigler (pictured) was placed on the heart transplant list in 2016; the next year, in 2017, he received a new heart. (Courtesy of Donald Crigler)

“That was helpful for both of us, [my brother] coming to visit me and show his support,” Donald said. 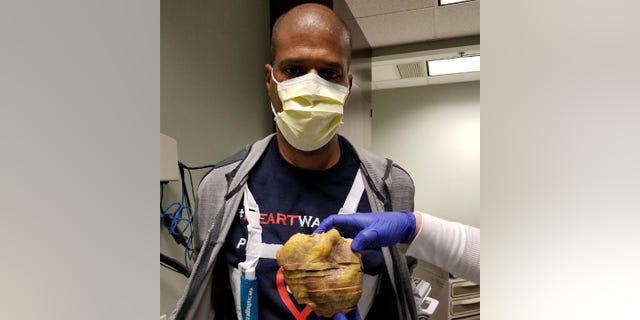 As he recovered after the surgery, he encouraged his twin brother to get evaluated for a heart transplant, too. “I just kept encouraging him,” Donald said.

“Like he said, he was in denial. He didn’t want to do the transplant. And I often said, ‘Do it, do it, do it. It’s great on the other side. After you get it done and you go through your recovery … you’ll have your life back.’”

“I feel incredible and I’m ready to do all the things that I couldn’t do last year.”

Ronald kept putting it off, hoping that medication and defibrillators would help.

But as his health continued to deteriorate, he finally decided to get evaluated for the transplant list.

“I was scared,” Ronald said. “I waited until the very end.” 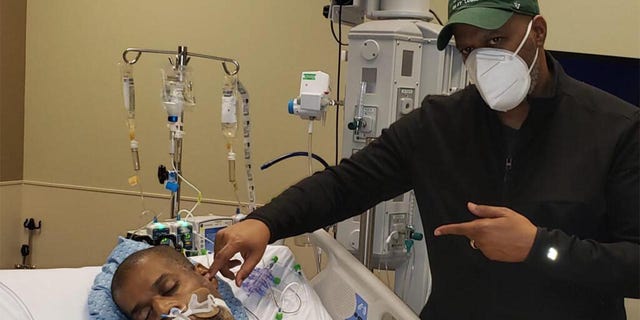 “They both have a wonderful sense of humor,” Dr. Kao told Fox News Digital about the brothers. “I think there is an innate connection between them.” (Courtesy of Ronald and Donald Crigler)

In August 2021, Ronald Crigler was put on the transplant list — and less than a month later, he received a heart transplant, too.

Now that they’ve both recovered fully, Ronald said that his brother was right. “I feel like a new man right now,” Ronald said. 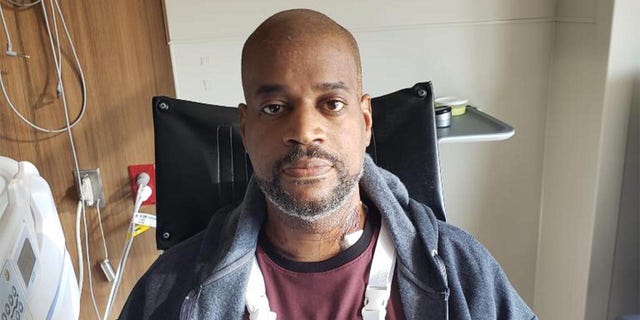 Although there were long months of physical therapy and rehabilitation post-operation, Ronald Crigler said his strength has come back and his body has readjusted.

“I feel incredible and I’m ready to do all the things that I couldn’t do last year,” Ronald said. “Especially playing with my little grandson. He’s my little buddy — my little 7-year-old grandson.”

Said Donald Crigler — who also has grandchildren — of what both brothers went through, “I want to thank our donors. Without our [organ] donors, this wouldn’t even be possible. We’re thankful for them and their families for being so selfless and blessing us with the blessing of new hearts.”

“Going through these life-altering events has definitely given us another reason to be closer.”

On the other side of their procedures, the Crigler brothers said they feel more connected to each other than ever.

“Our bond was already just incredible, but going through these life-altering events has definitely given us another reason to be closer,” Donald Crigler said.

“And it makes you appreciate life more.”

Next post What’s the Deal With Masks on Planes?