A BOY who started sleeping in his tent for charity is about to mark two years of nights under canvas.

Max Woosey, who started sleeping in his tent for charity, is about to mark two years of nights under canvasCredit: Apex

Max has raised £700k and will mark the anniversary on Monday – he received a British Empire Medal and Pride of Britain award for his effortsCredit: Reuters

This weekend he is due to be joined by telly’s Carol Vorderman and his fellow child fundraiser Harmonie-Rose Allen for a Big Camp Out.

The event allows children across the country to raise money for their nominated charities.

Max, of Braunton, Devon, started sleeping in a tent in 2020 to help a hospice which had cared for his terminally ill neighbour.

He has won the British Empire Medal and Pride of Britain award for his efforts. 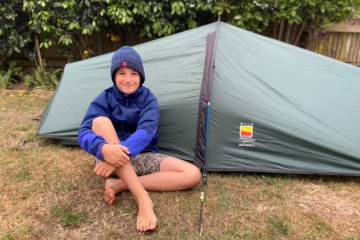 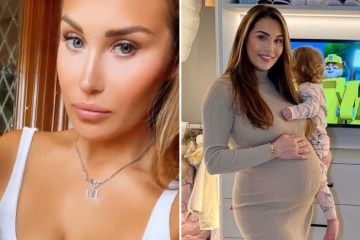 Eight-year-old Harmonie-Rose, of Bath, Somerset, lost all four limbs to meningitis when she was a baby.

She has since raised more than £100,000 for meningitis charities.

Telly presenter Carol, 61, will spend this weekend under canvas with them.

She said: “I am honestly so excited to be able to camp out with these two superstars.

“I’ve no idea what games we’ll get up to and I’m sure there won’t be much sleeping going on. I think I’ll need a week’s holiday to recover.”

Max urged other children: “Make a den in your bedroom or pitch a tent in the garden. It’s so much fun.

“And don’t forget to pack lots of midnight snacks to keep you going!”

Harmonie-Rose Allen, 8, lost all four limbs to meningitis when she was a baby and has raised £100,000 for meningitis charitiesCredit: PA

Carol Vorderman will join the fellow fundraisers this weekend for a Big Camp OutCredit: PA