APPLE and Google both have new phones in development and rumors are signaling the two will be more similar than they are different.

The iPhone 14 is the next device in Apple’s line of iPhones.

The device has captivated users since its first launch in 2007 and made steady improvements on its way to selling billions of units.

Google, not to be outdone, launched the Pixel in 2013 and the two have been locked in a battle for consumers since.

Both the Pixel 7 and iPhone 14 are expected to come to market this fall and the two share some uncanny similarities in their rumored designs. 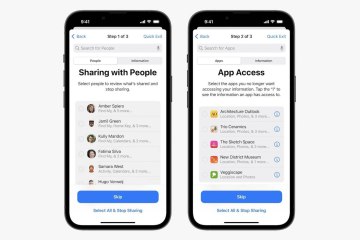 A headlining rumor about the iPhone 14 is that the Pro and Pro Max versions will scrap the notch at the top of the screen in favor of a punch-and-pill design.

The revamp is expected to give more subtly to the front-facing camera and earpiece while adding more real estate to the touch screen.

The Pixel 7, which was announced before the iPhone 14, is rumored to have a similarly shaped camera on the back of the device.

Experts at PhoneArena have cobbled together a timeline of the punch-and-pill concept at both Google and Apple and determined it’s impossible to know who copied who.

Apple and Google are also engaged in a bitter war over software for devices and vehicles.

@UtsavTechie, a technology YouTuber with a verified Twitter account, wrote “In iOS 16 Apple took so much inspiration from Google”.

Meanwhile, reporters at TechCrunch found that updates to Apple CarPlay are designed specifically for reducing Android’s visibility in vehicles.

Apple’s Worldwide Developer’s Conference flagged that the iPhone 14 release might come in two waves because of supply chain conflicts.

Apple CEO Tim Cook will have to navigate an anxious fan base and a stunted economy to get the phone to market.