Some viewers compared the first-time contestant’s voice to “nails on a chalkboard.”

Contestant Nicole Wachtell was slammed for screaming her way through the showCredit: ABC

A taken-aback Ken Jennings is hosting Season 38 as is Mayim BialikCredit: ABC

On the March 25th episode of the storied ABC trivia show, throngs of fans buzzed into Twitter frustrated with one contestant’s voice.

Although student Ciara Donegon was the one to watch, returning for her second night with $27K in earnings, Nicole was the one fans heard, to put it lightly.

Nicole, a Los Angeles teacher and writer, was seated on the rightmost podium in pink and seemed to yell her way through the episode.

“If Nicole wins, I’m getting earplugs,” one fan wrote. 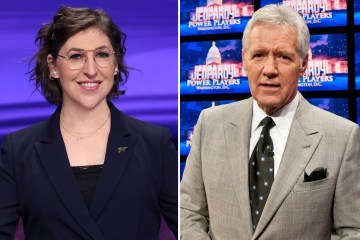 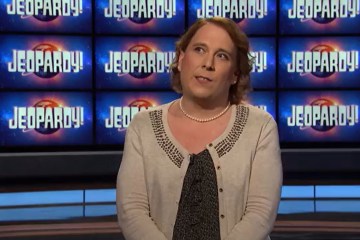 “Shh, tone it down a few decibels Nicole,” wrote another.

“Nicole’s voice is like nails on a chalkboard,” bashed a third, while a fourth wrote: “I put my TV on mute and I can still hear Nicole.”

A fifth wondered: “Why is Nicole shrieking?”

Another user simply appreciated the female-lead cast as all three contestants were women this episode.

“Nice to see three beautiful women as the #Jeopardy contestants tonight!  Too often it is male-dominated, but @cdonegan778 , Jackie and Nicole are all killing it.”

Ken Wayne Jennings III, 47, is hosting Season 38 and is of course a Jeopardy! champion in his own right as the highest-earning player in the show’s history.

He also holds the record for the highest average of correct responses per game.

Ken was finally defeated during his 75th appearance back in the day and has totaled nearly $5 million in winnings.

Prior to his guest-hosting role, he returned to the franchise in 2020 and appeared on “Jeopardy! The Greatest of All Time” alongside Brad Rutter and James Holzhauer.

Before his game show days, Ken worked as a software engineer.

He is married to Mindy Boam and the couple have two children, Dylan and Caitlin Jennings.

Jeopardy! had previously announced the Season 38 hosts would be producer Mike Richards and actress Mayim Bialik but after the announcement, fans were outraged with Mike being behind the podium and the show was forced to make more changes.

On September 16, 2021, TMZ first reported Ken will be returning yet again as the new host for the rest of the season alongside Big Bang Theory alum Mayim.

“We are delighted to let you know that Mayim Bialik and Ken Jennings will continue to share hosting duties through the end of Jeopardy! Season 38, and Michael Davies will remain as executive producer,” the show tweeted.

“We’re so pleased to have such an excellent and experienced team in front of and behind the camera as we head into 2022!”

Ken Jennings, along with actress Mayim Bialik, has taken the reigns since Alex Trebek’s passingCredit: Getty