LeBron James emphatically dunked over his former teammate Kevin Love during a matchup between the Los Angeles Lakers and Cleveland Cavaliers on Monday.

During his return to Cleveland, James scored nearly 40 points and had a few memorable moments, as he led the Lakers to a 131-120 win over his former team. One such moment occurred late in the second quarter when James caught a pass from guard Austin Reaves and made a break for the basket.

Soaring through the air, James dunked over Love – his former teammate — to the delight of the Cleveland crowd.

After halftime ended, Love was seen approaching James on the court, before playfully putting his former teammate of four years in a headlock.

James, who is attempting to guide the Lakers back to the postseason, finished the game with 38 points, 12 assists, and 11 rebounds.

James talked about the dunk after the game, saying,”I hate it had to be him.”

“I was diving down the middle and once I got the bounce pass and put my left leg down into the ground and that’s when I looked up,” James told reporters. “To be completely honest I hate it had to be him.” 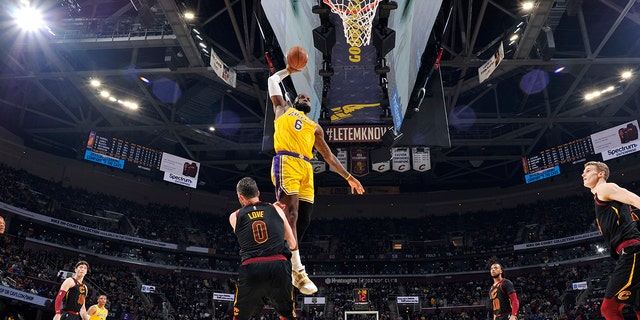 LeBron James #6 of the Los Angeles Lakers dunks the ball during the game against the Cleveland Cavaliers on March 21, 2022, at Rocket Mortgage FieldHouse in Cleveland, Ohio. (Photo by David Liam Kyle/NBAE via Getty Images)

“He’s my guy, that’s my brother, and hope I’m still invited to the wedding,” James said of Love. “I wish I could take those two points back, and we’d still win the game by nine.”

James and Love won an NBA championship together by defeating the Golden State Warriors in the 2016 NBA Finals. The Cavs won in seven games after coming back from a 3–1 series deficit to earn the team’s first NBA championship in franchise history. On Saturday, James moved into second place on the NBA’s all-time regular-season scoring list, passing Utah Jazz legend Karl Malone. His next step is surpassing Kareem Abdul-Jabbar, who finished his NBA career with 38,387 points between the Lakers and Milwaukee Bucks. 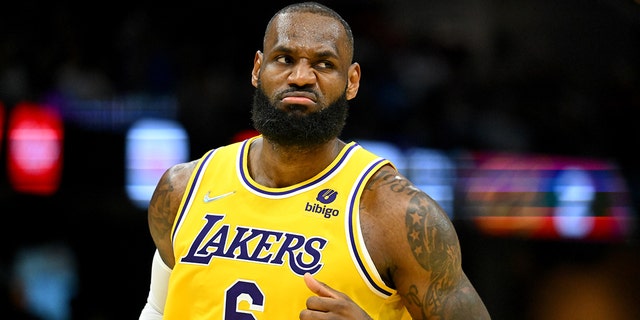 LeBron James #6 of the Los Angeles Lakers celebrates during the fourth quarter against the Cleveland Cavaliers at Rocket Mortgage Fieldhouse on March 21, 2022, in Cleveland, Ohio. (Photo by Jason Miller/Getty Images)

The Lakers (31-41) are currently in ninth place in the Western Conference.