The judges, who took forward to tucking into perfectly-made meals on the show, instead grumbled about hard rice and bad pastry.

The picky pair were careful to talk up the plus-points of each dish but didn’t exatly hold back on the drawbacks.

John explained: “We’ve got three cooks who’ve got things on their plates that aren’t cooked properly.

“Lisa’s decided in this round not to do so many processes but deliver big bold flavour and we got that.

“Harissa round a piece of lamb – that was good, but the pearl barley was hard.” 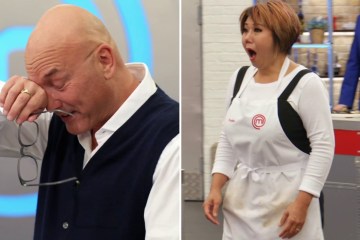 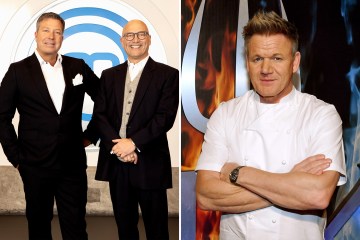 John said: “Rachel made for us a cauliflower and paneer curry that was very, very sweet.”

But Gregg then added: “The rice wasn’t cooked properly. It had hard bits in it still.”

However, if there was one chef they did like it was Pookie – who was so delighted at getting through to the next round that she started sobbing.

Gregg took exception to the ‘hard’ pearl barley in this dish

Next post Rangers power past Lightning in Game 2 of the Eastern Conference finals, reaching milestones along the way