The last week or so, Matt Ryan went from being on the same roster he’d been on for 14 years and expecting nothing to change, then realizing something might change that he didn’t necessarily want, then getting a choice to make a change — and taking it.

That’s how it was when Deshaun Watson was cleared of criminal chargers by a grand jury last week, sending a handful of NFL teams scurrying to try to trade for Watson.

One of those teams was the Atlanta Falcons, much to Ryan’s surprise. And that’s when his tight rope act to decide his future began. 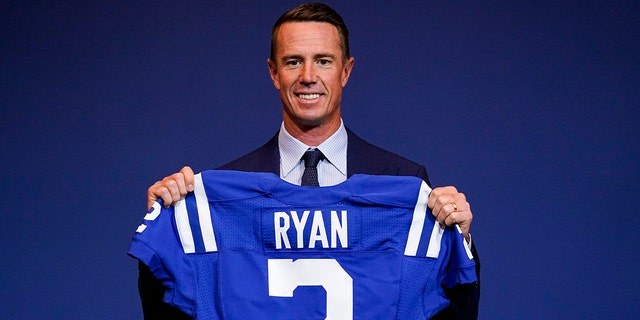 “I’ve never been through a transaction or a roster move, which is commonplace and day-to-day for the majority of the locker room,” Ryan said Tuesday as he was introduced as the Indianapolis Colts’ new quarterback. “So it was a different week, it was a different experience.

“I’m not naïve. I understand how this business works and that there’s going to be movement. From the time it started last week until we sit here today, I thought everyone handled things professionally. I didn’t like everything I heard, but you don’t always like what you hear sometimes. But they were professional and handled it really well.”

The Falcons fully intended to trade Ryan once they began their Watson chase. But, surprisingly, they offered to keep Ryan or help him go to a team he preferred once they were eliminated from Watson contention.

It was Ryan’s choice.

“Ultimately, it came down to a decision between either staying in Atlanta or coming here to Indianapolis,” Ryan said.

So he got on a Zoom meeting with Indianapolis coach Frank Reich, general manager Chris Ballard and others, and was sold on the Colts as an organization and about the lineup they put on the field.

“It was a really, really cool meeting for me to take. And I had to sit down with my family and say, ‘What makes the most sense for us?’” Ryan said. “I just knew with the roster that they talked about, the belief in the players that they have here, the belief in the way that they do things – the time was just right for me, and I felt like I needed to do it. 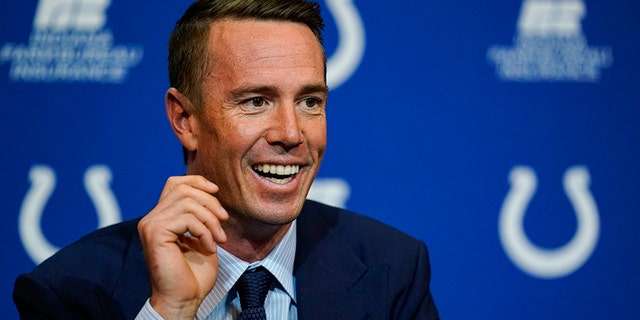 “I was up in my house and I was in my office and I came downstairs, and my wife was like, ‘You look different.’ I knew kind of at that point that was the direction we wanted to go. It took some time to really think it through and discuss it, and when we did, we came to that conclusion.”

It should be noted that the quarterback who won the past two Super Bowls left his team after more than a decade. Ryan is aware.

He competed against Tom Brady once he arrived in Tampa Bay. And he’s close friends with Matthew Stafford. So there’s a road map Ryan can follow.

“The roadmap looks really good,” Ryan said. “What Matthew Stafford did in LA last year, making that transition, playing so well. And what Tom did, I saw that firsthand in the division the year before. Hopefully, we bottle up some of that momentum and we can make a push here.

“I really believe we can. I think this roster is built really well. They’re sound across the board, built with really high character football players, guys who work hard. It’s amazing to me in sending a bunch of texts and talking to some guys yesterday, just back and forth, how much they care about winning.

“In every one of their first text messages, it was about winning. That’s unique. It really is. That fires me up. I hope we can, like I said, ride that trend that’s been going on and make it work for us.”

The Colts got rid of incumbent starting quarterback Carson Wentz without really having a plan for acquiring Ryan. For them, it wasn’t so much who the next guy would be, but perhaps more that the last guy wasn’t it.

That Wentz wasn’t the leader the organization wanted.

He held himself accountable at times. But not so much at others, according to a source.

So Wentz was gone well before Ryan was on the radar. But once Ryan did indeed become a possibility, there was little question Ballard and Reich wanted him because, yes, he’s been a good quarterback. But he’s been a good leader and accountable in Atlanta. 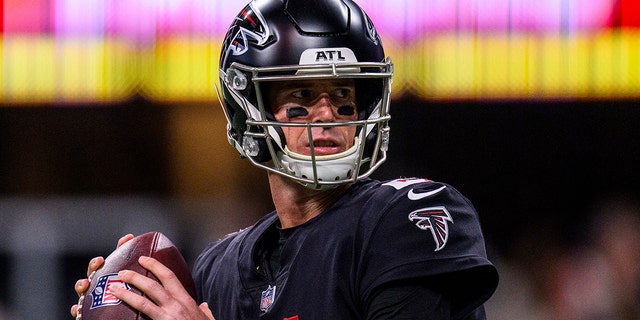 “To me, leadership is about serving your teammates,” Ryan said. “The one thing I’ve learned in 14 years is what certain guys need from you is different. What each team that you’re on needs from you as a player and a leader is different. You have to get to know your guys, you have to get to know your teammates really well and how they tick and how they need to be motivated and what are the things that you can help them with to bring out the best in themselves.

“That’s going to be a really exciting challenge for me, is to try and get to know this group of guys in this locker room, this coaching staff as best I can and figure out how I work in that and figure out the things I can bring into it. I’ve always believed you need to be flexible in your leadership. You need to kind of read the room, for lack of a better term, but you better be principled.

“There have to be things that are non-negotiable that you believe in, how you do things, how you work that come through and show through to other people. I’ve definitely been flexible throughout my career, and I’m certainly at a different point now than I was at 23, 24 with the experience that I have.”