MILEY Cyrus’ dating history has been displayed on a public stage, featuring some memorably big names.

However, there are some relationships that did not make the front pages.

Miley Cyrus has said that she been in love three times in her life.Credit: Getty

Miley was dating celebrities from the very beginning with her first boyfriend being Tyler Posey.

The two young stars dated before Miley’s career took off after meeting on the set of Doc, where her dad starred with the Teen Wolf star.

The puppy love blossomed when Miley was only 7 years old and Tyler was 9. 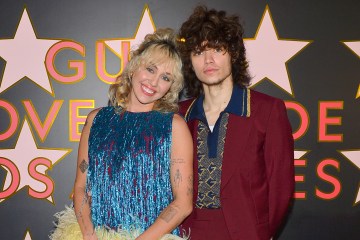 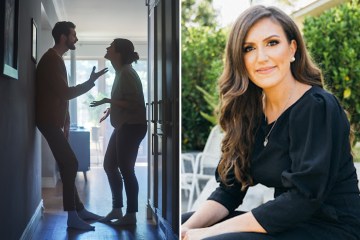 Miley dated Dylan Sprouse when she was about 12 years oldCredit: Getty

The two Disney Channel stars had a very quick relationship when they were about 12 years old.

Dylan told US Weekly he remembered he and Miley had met on the set of Hannah Montana and dated for about a day.

He joked, “We met at her set, I believe, and we dated. And then Nick Jonas walked by and it was over.”

The Jonas Brothers guest starred on a 2007 episode of Hannah Montana.Credit: Getty

The golden couple of Disney Channel met in 2006 when they were 13 years old.

They dated throughout Miley’s Best of Both Worlds Tour which the Jonas Brothers opened for, but they broke up in 2007, only one year later.

Miley famously wrote her hit-single, 7 Things I Hate About You, about Nick Jonas and has described him as her first love.

“I was angry when I wrote ‘7 Things.’ I wanted to punish him, to get back at him for hurting me,” Miley wrote in her 2009 Miles to Go memoir.

“It starts with a list of what I ‘hate.’ But I’m not a heart. My heart knew from the start that it was going to be a love story. Why does he get a love song? Because I don’t hate him. I won’t let myself hate anybody.”

Fifteen years after their split, Miley performed at the Lollapalooza concert at Parque Bicentenario Cerrillos in Santiago, Chile on March 19, 2022.

During the concert, a fan held up a sign that Miley read aloud, saying, “F**k Nick Jonas.”

After her first heartbreak, Miley dated Justin Gaston who was a contestant on her dad, Billy Ray Cyrus’ reality show, Nashville Star.

He and Miley were five years apart in age and split after nine months when Miley went to film The Last Song.

Liam Hemsworth and Miley were married at a small at-home ceremony in 2018Credit: Getty

Miley and Liam Hemsworth’s relationship has been the most publicized of her relationships throughout their 10 years together.

They called off the engagement in September 2013 and then became engaged once more in January 2016.

Miley and Liam got married in December 2018 after the California fires burned down their Malibu home.

Their marriage didn’t last long and the two called it quits for the last time in August 2019.

In between breaks from Liam, Miley had various short-lived relationships.

Jared Leto is the lead singer of Thirty Seconds to Mars.Credit: Getty

They began dating in February 2014 but their relationship reportedly was nothing serious.

At the time, a source told US Weekly, “They like to have a good time, they love to talk about art and music — and they’re both comfortable with nudity!”

A few months after Miley and Jared Leto broke off their relationship, it was confirmed that Miley was dating her then-music producer, Mike WiLL Made-It, whose real name is Michael Len Williams II.

The two were dating while they worked on the Bangerz album in 2013 and supposedly had mama Tish’s stamp of approval.

Patrick manifested this relationship when he told reporters that he had his “eye set on Miley” in 2011.

The couple first got together briefly during one of Miley and Liam’s breaks and picked their relationship back up for five months in 2014.

Patrick reportedly called things off after photos showed Miley taking body shots off a girl in a club.

Kaitlynn Carter can be seen on The Hills New BeginningsCredit: Refer to caption

The girls escaped to Italy where the romance rumors flourished during their stay at Lake Como, Italy.

Pictures of the couple kissing surfaced but the relationship didn’t last much longer once it touched American soil.

Cody Simpson became an international teen pop star after the release of his debut single iYiYi when he was 13 years old.Credit: Instagram

Cody and Miley moved in together during the Covid-19 pandemic lockdown.

They were active on social media, where Cody serenaded Miley on her Bright Minded talk show with the song he wrote for her, Golden Thing.

The two officially called it quits in August 2020.

A source told E! News that Miley is “happily dating Maxx,” adding, “It’s official between them.”

Rumors that they were dating started to spread after Miley and Maxx were seen attending Gucci’s Love Parade runway show together in November 2021.

Next post Should you stay in your car during a tornado?