MILLIONS of students are being hit with rising interest rates on their loans, adding to the amount they’ll have to repay to clear the debt.

Student loan interest rates are set to rise by almost 3 percentage points from September, the government has announced.

Student loan interest rates are set to rise by almost 3% for millions in SeptemberCredit: Alamy

Rates are set to rise from 4.5% to 7.3% meaning it could take years longer to repay the loans.

But there had been fears the new rate would be even higher.

Because the interest rate is linked to inflation, it had been expected to leap to an eye-watering 12%.

But the Department for Education brought forward its announcement and said it was protecting graduates from soaring inflation. 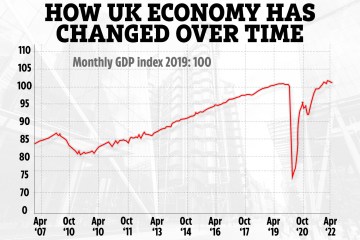 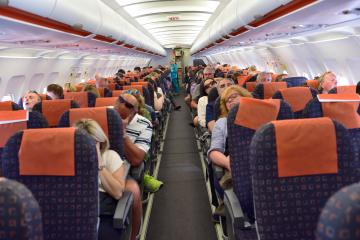 The recently announced change will affect current students in England and Wales, as well as former students with outstanding loans who started university in or after 2012.

Who will be affected?

The change will not affect borrowers’ monthly repayments because this is tied to how much you earn, not the interest on the loan.

If you are not earning money, or earning less than the threshold for your loan, you don’t have to pay anything back.

We’ve previously looked at when you start repaying your student loan and what the interest rate is.

Because more interest is accruing on the loan, it could mean it takes longer to clear the debt and that the total amount you end up repaying overall is greater.

However, student loans are wiped 30 years after you leave university and many people will not finish repaying the debt before that point.

Writing on MoneySavingExpert, Martin Lewis said a bigger problem for students is frozen repayment threshold, which adds to loan costs, and maintenance loan rises to cover cost of living.

When do I start repaying my student loan?

You’re eligible to start repaying your student loan in the April AFTER you leave university.

Every year, tens of thousands of people mistakenly start paying back their debt before then though.

The amount you pay each month will depend on your earnings and also which plan you’re on.

English and Welsh students who started an undergraduate course before September 1, 2012 and Scottish or Northern Irish students are on Plan 1.

England and Welsh students who started an undergraduate course after September 1, 2012 are on Plan 2.

When your loan is written off also varies. For those who started higher education after 2012, it’s 30 years from the first April after you graduated.