A Minnesota convicted felon is accused of trying to murder his ex-girlfriend while out on bond.

Tylynne Lashawn Wilson, 40, allegedly broke into the home of his ex-girlfriend in Minneapolis and fired 12 shots at her on Monday in the presence of their son, according to FOX 9.

Minneapolis police officers responded to the incident and found the child next to her mother on the bedroom floor, where she was injured with several gunshot wounds, according to charging documents.

She told police that Wilson kept shooting at her “until he was out of bullets,” according to the court document. 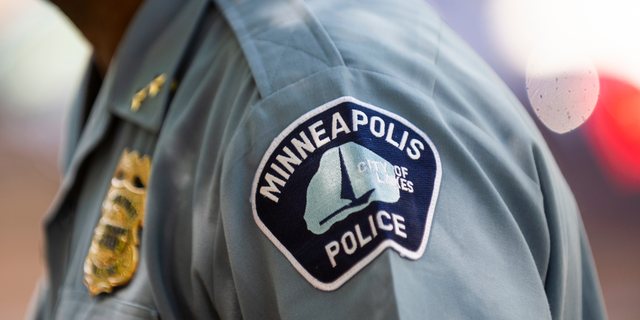 Minneapolis police officers responded to the incident and found the child next to her mother on the bedroom floor, where she was injured with several gunshot wounds, according to charging documents. (Stephen Maturen/Getty Images)

After being taken to the hospital and undergoing surgery, police say that her condition is stable.

At the time of the incident, Wilson was out of jail on bond after being charged with two counts of domestic assault, one count of disorderly conduct, and one count of damage to property which relate to a late-August incident.

He posted a $15,000 bond and was released on Sept. 3, just under a month before allegedly trying to kill his ex-girlfriend.

Wilson drove to the woman’s house in Minneapolis on Monday after his ex-girlfriend hung up the phone during a phone call they were on, and allegedly broke in, according to the documents.

The woman took her 1-year-old child into a bedroom, where Wilson allegedly entered and began shooting the woman.

Court documents also say that Wilson has previously been convicted of a number of crimes including second-degree assault with a dangerous weapon in 2003 as well as a first-degree aggravated robbery in 2011.

State prosecutors are asking that a judge hands down a bail of $2 million for Wilson.