BIKINI-clad Nina Agdal is in a right old stripe with Instagram — after it took down her nude photo.

The Dutch model posted a cheeky snap in her birthday suit for her fans just days before her 30th birthday on March 26.

But it seems to have come a cropper and was taken down by the social media site’s moderators.

Yesterday, the Sports Illustrated star told her followers: “Instagram took this down so I’m obviously gonna post it again.”

The Danish model, 29, broke up with boyfriend Jack Brinkley-Cook in November.

Nina and Jack, 26, son of US model Christie Brinkley, dated for four years. 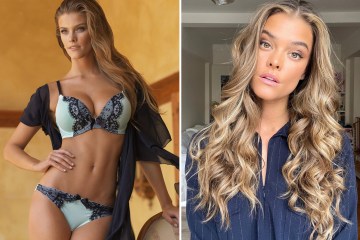 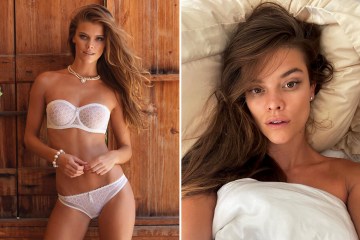 And since the split Nina, who modelled a black bikini for a photoshoot, has been out in Miami and New York.

She also hosted her first “friendsgiving”,— a growing alternative in the US to the traditional Thanksgiving holiday.

Nina posted pictures on Instagram, saying: “We ate, we laughed, we enjoyed some drinks . . .  what’s better than that? Cheers to my wonderful friends.”

She said of being named its Rookie of the Year in 2012: “It completely changed everything.

“I would walk down the street and people would recognise me. They would say my name.”