Yellowstone National Park said Tuesday that its northern portion could remain closed for a “substantial length of time” after historic flooding that has washed out roads and damaged properties.

It urged visitors traveling to the park – which straddles three states – in coming weeks to stay informed about road and weather conditions.

The power continued to be out in multiple locations in the park and water and wastewater systems at Canyon Village and Mammoth Hot Springs are being impacted by flooding conditions and are being monitored.

YELLOWSTONE MAJOR FLOODING LEADS TO BRIDGE BEING SWEPT AWAY, ROADS WASHED OUT 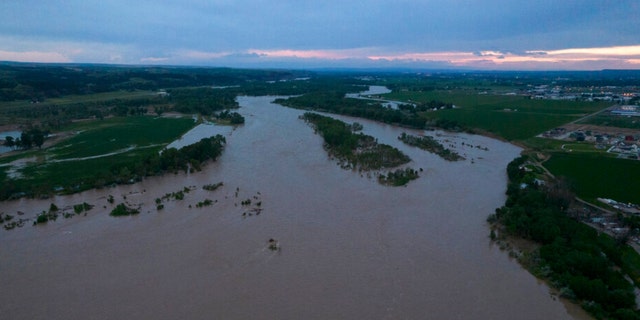 The roaring Yellowstone River is seen from the air sweeping over trees and near homes Tuesday, June 14, 2022, in Billings, Mont.  (AP Photo/Brittany Peterson)

The National Park Service wrote that many sections of road are “completely gone” and may not reopen this season, and that all entrances remain temporarily closed.

At least 200 homes were flooded in Red Lodge, Montana, and the town of Fromberg, according to Carbon County authorities.

The flood comes after heavy rain and rapid snowmelt, pushing the Yellowstone, Stillwater and Clarks Fork rivers to record levels.

“I’ve heard this is a 1,000-year event, whatever that means these days. They seem to be happening more and more frequently,” Superintendent Cam Sholly told The Associated Press. 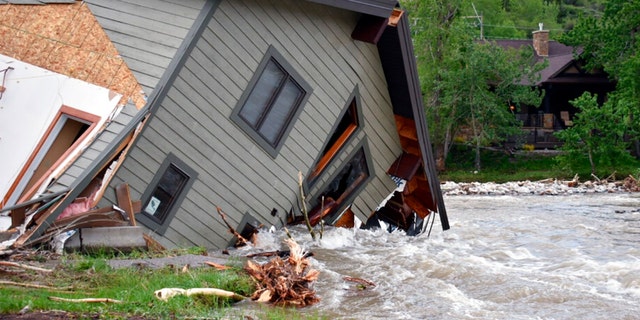 A house that was pulled into Rock Creek in Red Lodge, Mont., by raging floodwaters is seen Tuesday, June 14, 2022. Officials said more than 100 houses in the small city were flooded when torrential rains swelled waterways across the Yellowstone region.  (AP Photo/Matthew Brown)

Water levels were expected to recede on Tuesday afternoon, although additional flood events were “possible” through the weekend.

While there are no known injuries or deaths from the “unprecedented” flooding, more than 10,000 visitors were ordered to evacuate the nation’s oldest national park. 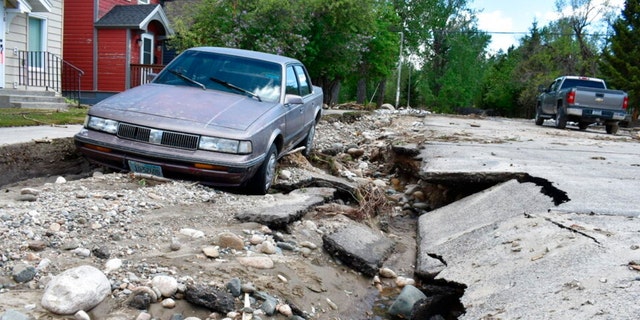 Flood damage is seen along a street Tuesday, June 14, 2022, in Red Lodge, Mont. Residents were cleaning up after record floods in southern Montana this week.  (AP Photo/Matthew Brown)

The Montana National Guard said Monday that it had sent two helicopters to help with evacuations.

The only visitors left in the park were a dozen campers leaving the backcountry. 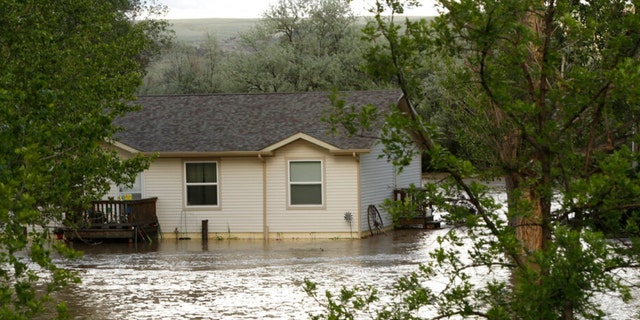 People left a hospital and low-lying areas in Livingston. 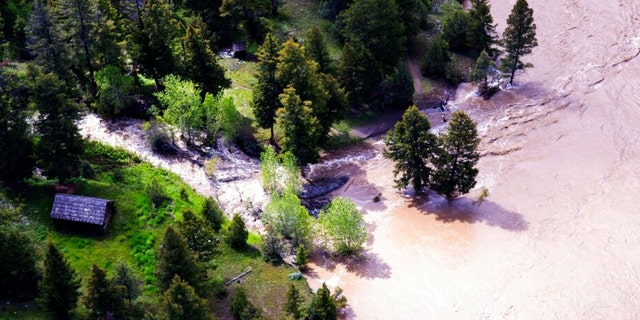 The flooding comes at the height of the tourist season, with more than 4 million visitors counted by the park last year.