The 35-year-old former Towie star is pregnant and expecting her second child with Charles Drury.

She shared videos of them with their first daughter Larose – who is named after her – at Pizza Express.

But later she shared footage of her apparently at home in her bathroom with a towel wrapped around her.

She posted the video, which showed her staring at the camera without smiling, on Instagram adding the word: “Ouch.”

The star, who runs her own business providing ‘injectible’ procedures called LG Aesthetic, appeared to have had some kind of beauty treatment. 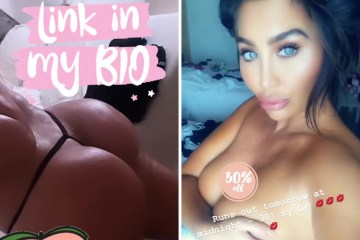 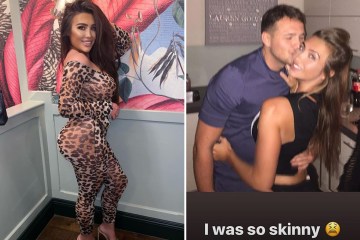 She later added: “It’s OK guys, it’s just a skin routine I do every night haha.”

Lauren is going to become a mum-of-two in short order – and told The Sun this month that she considered having a termination.

However, she has since decided to go ahead with the pregnancy.

She says: “I was in two minds. I wasn’t sure of the right thing to do and was worried if all this would be fair on Larose.

“I didn’t want her to feel confused — she’s been my No1 and I would never want her to think that had changed. Plus, the situation with me and Charlie wasn’t great.

“Everybody said, ‘Lauren, don’t go ahead — you’re fine with one child’. There was a lot to think about.”

There will only be 11 and a half months between Larose and the new arrival — another girl, due at the start of July.

Earlier this month she showed off her growing baby bump in a grey hoodie and black leggings while carrying a rucksack.

The former Towie star is pregnant with her second childCredit: Instagram

Previous post I’m Addicted to My Phone. How Can I Cut Back?

Next post Colin Kaepernick ‘has the ability to play on somebody’s roster,’ trainer says