Beating the two-time defending Stanley Cup champions seemed like an impossible task for any team. But the New York Rangers have managed to do it twice, making them the first team to hand the Tampa Bay Lightning consecutive playoffs losses since 2019.

The Rangers took a 2-0 series lead over the Lightning in the Eastern Conference finals Friday night after goaltender Igor Shesterkin stopped 29 shots to keep Tampa at bay. 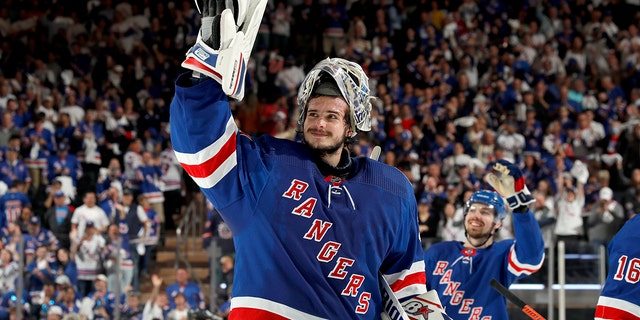 Goaltender Igor Shesterkin (31) of the New York Rangers waves to fans after a 3-2 victory over the Tampa Bay Lightning in Game 2 of the Eastern Conference finals at Madison Square Garden June 3, 2022, in New York City.  (Jared Silber/NHLI via Getty Images)

In the process of securing their 3-2 victory, the Rangers reached several franchise and league milestones.

With their eighth consecutive win on home ice, New York achieved the sixth longest home winning streak in a single postseason, according to NHL Stats. The Rangers also became the 25th team in league history to take a 2-0 series lead against the defending Stanley Cup champs.

On the individual level, Shesterkin’s dominating performance in these playoffs has put him in the company of Rangers greats Mike Richter, Henrik Lundqvist, and John Davidson as goalies with the most wins in a single playoff year, according to NHL Stats. 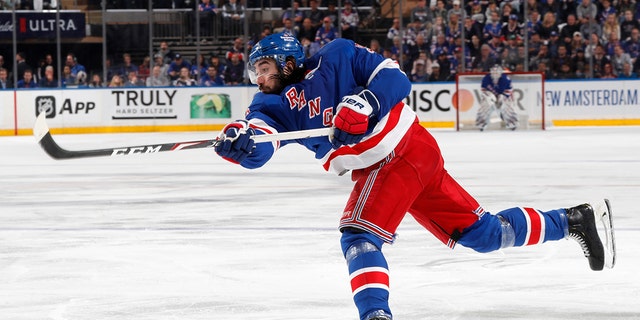 Mika Zibanejad (93) of the New York Rangers shoots the puck against the Tampa Bay Lightning in Game 1 of the Eastern Conference finals of the 2022 Stanley Cup Playoffs at Madison Square Garden June 1, 2022, in New York City.  (Jared Silber/NHLI via Getty Images)

Mika Zibanejad’s game-winning goal in the third period extended his home ice goal streak to six, making his the fourth-longest streak in a single postseason in NHL playoff history.

But, in sports, streaks can vanish just like that.

“Their team obviously had a good playoff streak of not losing back-to-back games, but that’s not really in our minds when we’re coming to the games,” Rangers defenseman Adam Fox said after Friday’s game. 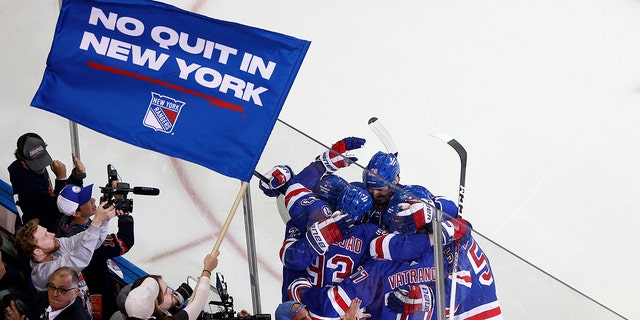 Mika Zibanejad (93) of the New York Rangers celebrates with teammates after scoring a third-period goal against the Tampa Bay Lightning in Game 2 of the Eastern Conference finals at Madison Square Garden June 3, 2022, in New York City.  (Sarah Stier/Getty Images)

“We’re not thinking about what streaks teams have or how they’ve done earlier. It’s right now, and we’re just trying to bring it day in and day out.”