Rapper Nipsey Hussle was gunned down outside his clothing shop in a calculated, premeditated fashion by a man upset over a discussion about snitching, a prosecutor told jurors Wednesday at the outset of a long-delayed murder trial.

Deputy District Attorney John McKinney said during his opening statement that there’s “no doubt” Eric R. Holder knew in advance that he would kill Hussle. The prosecutor described the sequence of events, including the talk about “snitching,” before Hussle’s shooting death three years ago in the South Los Angeles neighborhood where both men grew up and the rapper was helping revitalize. Two others were wounded in the shooting.

In addition to shooting Hussle at least 10 times, Holder kicked the rapper in the head before fleeing, McKinney told the jury assembled in a downtown Los Angeles courtroom.

“He clearly thought about what he was going to do before he did it,” McKinney told jurors about Holder’s intentions.

Hussle, a hip-hop artist, father of two, and widely beloved South LA local born Ermias Asghedom, was shot and killed at age 33 on March 31, 2019, in the parking lot outside his store, known as The Marathon.

McKinney said Holder and Hussle knew each other, growing up in the same neighborhood where they were members of the same gang, the Rollin’ 60s. 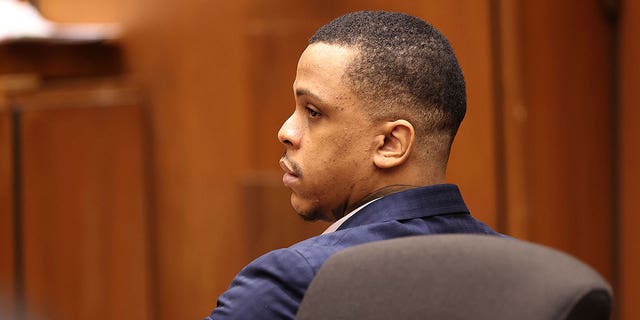 In his opening statement, McKinney showed jurors videos and photos of the shooting and its aftermath. Images showed the shooting and Holder fleeing the scene, wearing a red shirt and bandana while carrying a semiautomatic gun and a revolver. After a two-day manhunt, Holder was arrested, and two months later he was indicted by a grand jury.

McKinney said the shooting stemmed from Hussle hearing that Holder was a snitch and needed to “clear that up.” Before the shooting, he said the rapper and his two friends were having a “cool conversation” with Holder. He said Hussle visited the store without any security.

Attorney Aaron Jansen has a formidable task in defending Holder, who could get life in prison if convicted. Multiple eyewitnesses who knew both Holder and Hussle told police and grand jurors that Holder walked up to Hussle and gunned him down.

Jansen has said the killing of Hussle was not premeditated, and the shooting of the other two men was not intended at all, making the first-degree murder and attempted murder charges excessive. He is also likely to make Holder’s mental health an issue. 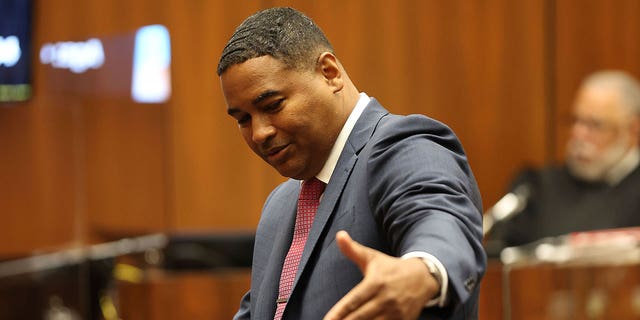 On Wednesday, Jansen said Holder was triggered and didn’t have time to cool off before he gunned down Hussle, saying this is a case of “heated passion.”

Former gang member Herman “Cowboy” Douglas, who worked at The Marathon, said Hussle didn’t use the actual word “snitch” while overhearing the conversation. He thought Hussle was trying to give Holder some advice in a “chill” exchange. He said Holder asked Hussle if he had listened to his recent music, but he didn’t sense any animosity between both men.

“He was saying, ’I heard there was some paperwork floating around,'” said Douglas, who recalled Hussle’s words to Holder. Douglas was an employee at the clothing store, cleaning the parking lot along with other duties. He viewed himself as a mentor to Hussle, saying he was like his “little brother.”

Douglas, 49, who wore a black jacket and T-shirt with Hussle’s image on both, said Hussle added that “I haven’t seen (the paperwork.) You need to take care of that.” 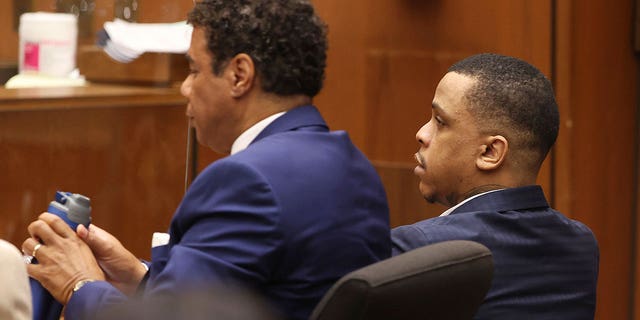 Holder and Nicholson had stopped to get food near The Marathon. That led to a chance meeting and brief conversation between Holder and Hussle.

McKinney said that “moved Eric Holder to a point of wanting to return to the parking lot and kill Nipsey Hussle.”

McKinney said Holder told Nicholson, “Drive before I slap you,” following the shooting.

Attorneys have spent nearly two weeks choosing a jury, and the trial is expected to last about two more weeks.

Hussle, whose nickname is a play on a famous 1970s comedian, was given the moniker for his work ethic as he slung CDs. He spent years winning a devoted following through mix tapes and underground releases, and broke through with his first major-label album, earning a Grammy nomination just months before he was killed.

His death reverberated around the world but it was especially felt in his hometown, where people filled the streets to mark his loss and where he was mourned at a memorial at the 20,000-seat arena then known as Staples Center. In the same building nearly a year later his memory was celebrated in a performance by DJ Khaled, Meek Mill, John Legend and others at the Grammy Awards, on the same day another local hero, Kobe Bryant, was killed in a helicopter crash.

Hussle left behind his longtime partner, actor Lauren London, with whom he had a son who is now 5 years old. He also had a daughter, who is now 13.