The owner of a North Carolina towing and repossession business featured in a reality television show said he is leaning on faith and urging fans to stop violence in the wake of his son’s fatal shooting.

Ronnie Shirley Jr. told WRAL-TV he does not hate the two teenagers accused of killing his 21-year-old son, Alex, in Garner last month. Shirley runs Lizard Lick Towing with his wife and starred in a truTV show centered around the business from 2011-2014.

“If I could say anything to them at all, it would be I don’t hate you,” he said. “But I don’t know if I can forgive you.”

Shirley said the Bible verses tattooed on his arms “come to life” for him in times like this. “Without faith, we have nothing to stand on,” he said. 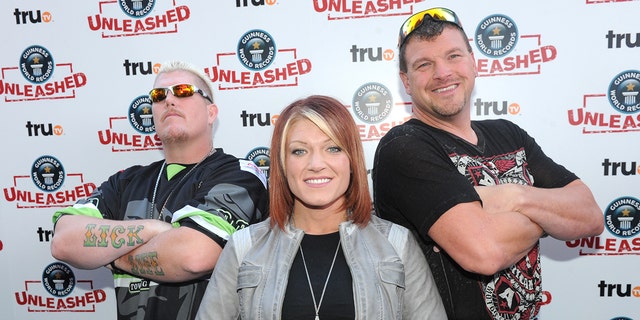 Detectives discovered Alex Shirley’s body in a car at a gas station Feb. 17. A 20-year-old woman was also wounded and is now paralyzed from the waist down. A total of five people have been charged in connection with the shooting.

Ronnie Shirley has also turned to his social media following in the aftermath of his son’s death, saying that his posts have brought in tips about the crime. He hopes the story stops another young life from being taken and maybe even inspires faith.

“These people honestly, firmly, in their heart care. They watched my son on TV,” he told the station about his supporters. “He was in so many episodes. He was always smiling, joking. He was always the cut up.”

Next post Are You Familiar With Wrongdoing Among Nonprofit Groups?