The UK has been having a four-day Platinum Jubilee party in honor of Queen Elizabeth II and her 70 years on the throne. Much honor bestowed, love shared and fun had!

The queen’s public appearance on Day 1 at the military Trooping the Color. She’s had mobility issues of late, plus COVID. But, with the help of a walking stick gifted her by the armed forces, she was moving around with the best of them.

The supporting star of that first day, who some called the “scene stealer,” was William and Kate’s youngest, 4-year-old Louis. He grimaced and chatted and pointed. His 96-year-old great-grandmother added chit-chat.

All of that activity on Day 1 had the queen feeling a bit of “discomfort,” so she took a pass on Day 2’s thanksgiving service at St. Paul’s Cathedral. Filling in was son Prince Charles backed up by No. 2 in line, Prince William.

The Archbishop of York was keen to inform those gathered that horse lover Elizabeth was still firmly “in the saddle.”

Prince Harry and Meghan made their first joint royal appearance in the U.K. since they split for the U.S. two years ago. They showed up at the service to mostly cheers. But as they are not currently “working royals,” they were kept off the balcony and kept apart from the core royals inside the cathedral.

And really haven’t been seen too much for the remainder of the weekend. 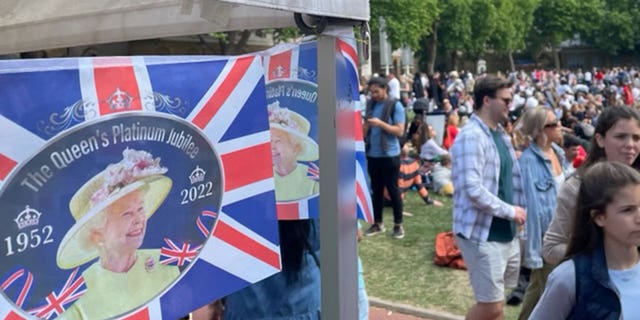 HARRY AND MEGHAN’S BEHAVIOR HAS BEEN ‘EXTREMELY DIFFICULT’ FOR THE FAMILY: ROYAL EXPERT

(Prince Andrew, by the way, had COVID-19, according to the palace, explaining his absence.)

While the formal festivities were going on during this four-day “bank holiday” weekend, Brits all over were celebrating with street parties and open-air meals and picnics. We took one in on Saturday in the Chelsea section of London. 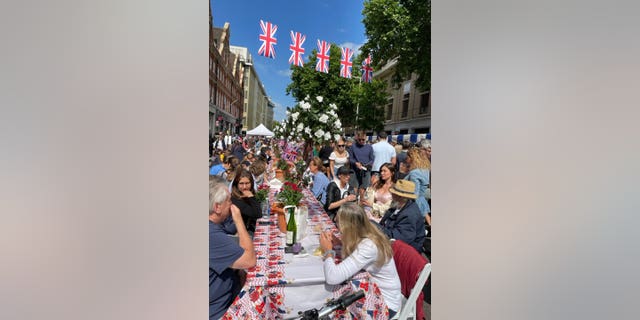 In the “olde days,” King’s Road was a private highway for the royals so they could commute between Buckingham Palace and Windsor Castle. No public traffic was allowed. On Saturday, the main street was back to its roots with royal fans taking over and taking in champagne, sandwiches and fun. The queen, in spirit anyway, once again had the “right of way.”

Saturday night in front of “Buck House,” as it’s called, a huge pop concert honored the queen with a fair number of Yankees represented, including Diana Ross, Alicia Keys and Lin-Manuel Miranda. Rod Stewart performed the Neil Diamond classic sing-a-long “Sweet Caroline,” which was the Jubilee’s anthem. Will and Kate’s 8-year-old George tapped along. 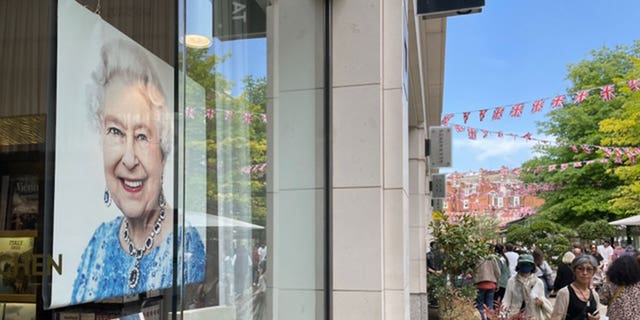 And he was also thrilled, as were others, by a surprise cameo film appearance by the queen with none other than Paddington Bear.

Along with more street parties on Sunday, the concluding platinum pageant parade ran down the mall and up to the palace. As with all the public events, big crowds and the royals turned out and checked out the two-and-a-half hour, $20 million tribute to the seven decades’ life and times of Her Majesty. 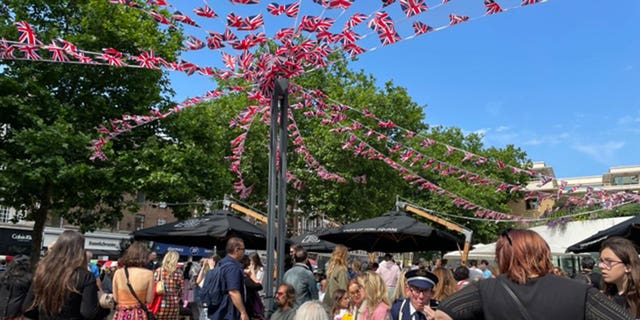 The high point to the end point of the festivities came with one more look at the queen, as she emerged on the Buckingham Palace balcony with her family for a few minutes more of waves and smiles.

INSIDE TROOPING THE COLOR: AN EMOTIONAL QUEEN ELIZABETH TO A NERVOUS PRINCE WILLIAM AND MORE ROYAL MOMENTS 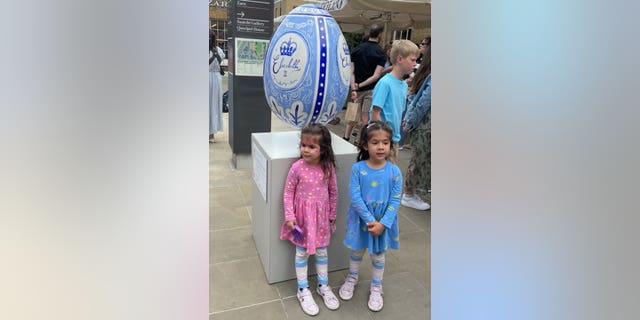 Whether Queen Elizabeth II will make it to see another celebration marking her 100th birthday in four years — or a year later for another Jubilee marking 75 years on the throne — remains to be seen.

But with all the other problems facing the U.K. and the world right now from war and violence to disease to inflation and economic upheaval, this milestone was deemed worthy enough of a good long celebration and outpouring of love for the monarch.

As they (the Beatles to be exact) have said: A splendid time was had by all.