Sen. Lindsey Graham said Monday that if Russian President Vladimir Putin unleashes a nuclear weapon on Ukraine, the neighboring NATO allies should consider it a direct attack on their countries and an extreme provocation, prompting all NATO members to respond accordingly.

President Biden is expected to travel to Brussels, Belgium, this week for a NATO summit on Russia’s escalating war in Ukraine. Graham, R-S.C., told “Hannity” that he hopes NATO leaders use the opportunity to clearly dictate to Putin the global consequences of using a nuclear weapon on Ukraine after Putin floated threats of that nature.

BIDEN TO TRAVEL TO BRUSSELS FOR NATO SUMMIT 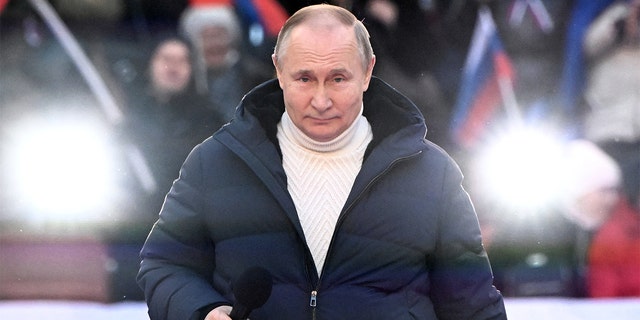 “I’m begging NATO to let Putin know what would happen if he used chemical weapons on the poor suffering people of Ukraine,” Graham said. “If he explodes a nuclear weapon in Ukraine to scare us all away, we should say the radiation coming to NATO countries is an attack with NATO itself, and you are picking a fight with NATO.”

Graham said NATO leaders should agree to impose a no-fly-zone in the event of a chemical weapons attack by the Russian military against the Ukrainian people.

“We should impose a no-fly zone immediately because that’s breaking all the rules that we have established since World War II,” he said, reiterating that “if Putin explodes a nuclear weapon inside of Ukraine, the radiation will affect most of Europe. We should consider that attack on NATO itself.

“The one thing I’ve learned with bullies like Putin is if you are not clear, they will assume you are weak,” Graham told Hannity.

The summit will have dire global implications that extend far beyond the crisis in Ukraine, warned Graham.

“Here’s what I say. If we let the Ukrainian people down and Putin wins here, China will take Taiwan and Iran will get a nuclear weapon. During this debacle called Ukraine, we are negotiating with the Iranians to give them a pathway to the bomb,” Graham said, calling it the “most dangerous time in world history since the 1930s.”