A Stanford law professor attacked Johnny Depp’s lawyer Camille Vasquez in a series of scathing tweets accusing her of “sucking up to male power.”

Michele Dauber, an Amber Heard supporter, blasted Vasquez one day after a Virginia jury awarded Depp $10.35 million in his defamation claim against his ex-wife.

“Of all the women who suck up to male power, women lawyers are the absolute worst of the bunch,” she tweeted June 2 under a photo of Vasquez giving a press conference after the team’s victory.

“Desperate to prove they are ‘real lawyers’ and understanding that being a woman undermines their identity as lawyers, they throw women under the bus as hard and fast as they can,” Dauber continued.

Many of her posts include the hashtag #IStandWithAmberHeard. 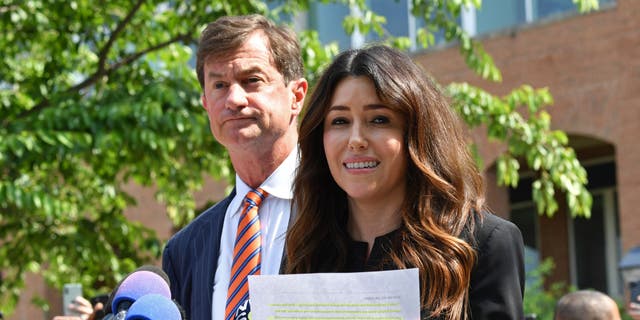 The law professor also wrote in the thread that “some women have learned to seek male approval in the hopes they won’t be raped or abused or humiliated.”

Daube included a series photos of female lawyers with men who’ve been accused or convicted of sex crimes and called them “skirts.” In one snap of Harvey Weinstein with his attorney, Donna Rotunno, she wrote “Harvey Weinstein’s skirt.” 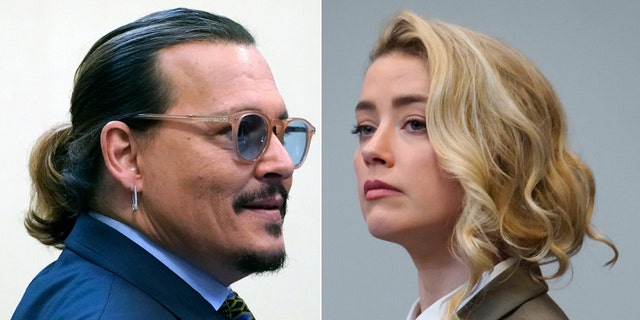 A photo combination of Amber Heard and Johnny Depp in court May 23, 2022. ((AP Photo/Steve Helber, Pool))

The backslash to Dauber’s posts criticizing Vasquez was swift. “Good grief Stanford is in trouble. What an outlook on life,” wrote one Twitter user.

An account titled Fair Lilith asked, “Please do explain to me how being a woman undermines my identity as a lawyer?”

Other responses called Dauber “jealous” and said it wasn’t “good look to cut down minority women.”

Vasquez, 37, was praised for her tightly controlled cross-examination of Heard, grilling her on inconsistencies in her testimony.

She also delivered part of the opening and closing statements. The young attorney’s performance at the Fairfax County Circuit Court trial won her a promotion to partner at her firm Brown Rudnick.

Dauber’s relationship with Heard, 36, goes back at least six years. She was photographed with Heard, Gabourey Sidibe, Frieda Pinto and Lena Dunham at the Glamour Women of Year awards ceremony in 2016.

Dauber called Depp supporters “demented ghouls” and blasted them for trolling her and setting up a fake Twitter account using her deceased daughter’s photo and name.

“These people are scum, they are garbage, they are complete f–king trash,” the professor wrote.

It wasn’t just Vasquez and Depp supporters that Dauber took aim it. She called the “Pirates of the Caribbean” franchise and Depp’s character, Captain Jack Sparrow, racist, writing that there is an “overlap between anti-women and anti-black individuals” among Depp’s fan base.

Rebecca Rosenberg is a veteran journalist and book author with a focus on crime and criminal justice. Email tips to [email protected] and @ReRosenberg.

Previous post I’m a Bojangles fan – how to recreate a discontinued favorite with 5 items
Next post nytimes.com