WAGES are on the rise at supermarkets, with Morrisons the latest shop to announce workers will be getting more.

Supermarkets have increased wages for thousands of staff this year

Rates of pay in London are usually higher among many employers to reflect the higher cost of living in the capital.

The supermarket pay rise comes as millions of workers face a cost of living crunch from higher bills, ranging from food and fuel to energy.

Morrisons is not the only supermarket to increase wages in recent months. 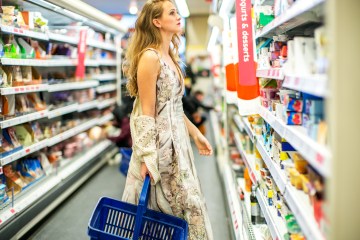 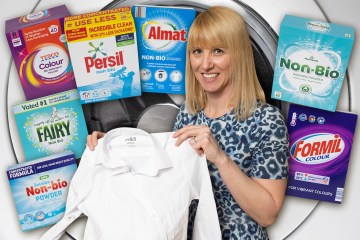 But which grocery shop pays the best rates? Here are the basic hourly rates of pay ranked.

Staff who have worked for longer or are in higher positions usually get more.

The minimum wage is £9.50 for those aged 23 and over, and is known as the national living wage.

The real living wage is a voluntary minimum that some employers commit to paying, and is currently £9.90 or £11.05 in London

Supermarkets also offer other benefits for staff, like discounts on food , free health checks and bonuses.

So if you’re considering a job at one of these shops it’s worth looking at the work perks you can get too.

Morrisons staff will get a pay rise in October, increasing to £10.20 per hour.

That’s an increase on the current rate of £10 per hour, though workers still have to vote in favour of the pay rise.

Asda will increase the hourly rate for shop floor staff to £10.10 per hour from July.

That’s an increase from £9.66, the supermarket announced in April.

Tesco is the UK’s largest private employer and its hourly rates for store staff will rise to £10.10 from July 24.

Staff based in London will get £10.78 per hour – 68p more to reflect higher living costs – the supermarket announced in April.

Hourly rates for home shopping delivery drivers and click and collect delivery assistants will increase to £11 from the same date.

Aldi staff landed a pay rise in February pushing up pay to £10.10 per hour for new starters.

Staff with more than three years in the job get slightly more at £10.57 per hour.

The discounter, which has more than 28,000 workers, first announced the rise in December last year.

The discounter employs more than 21,000 staff across the UK.

Marks and Spencer has increased wages for workers to £10 per hour from April, up from £9.50.

The food and clothes shop, which employs more than 40,000 staff, first announced the rise in February.

Argos, which shares an owner with Sainsbury’s], pays its staff the same amounts.

Meanwhile some jobs which are understaffed have seen pay rise by as much as 20%, outpacing inflation.

Sales consultants, cooks and bouncers are among them – check out the full list.

If you’re on a low income you might be entitled to benefits which could boost your bank account – even if you’re in work.

Millions of people are missing out on £13billion unclaimed benefits – check if you’re one of them.