Sophy Ridge made the slip-up during Monday’s live broadcast as she discussed the brutal Tory mutiny.

It’s not the first time MP has been referred to as ‘Jeremy C***’ on live TVCredit: Jack Hill/The Times

The PM survived by the skin of his teeth tonight, emerging badly bruised with a slim majority of 211 to 148.

But as Ms Ridge discussed the rebellion earlier this evening, she made an embarrassing gaffe with Jeremy Hunt’s name. 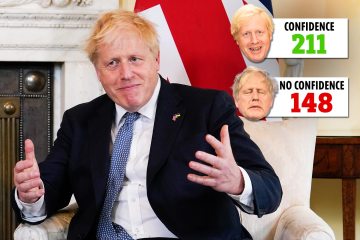 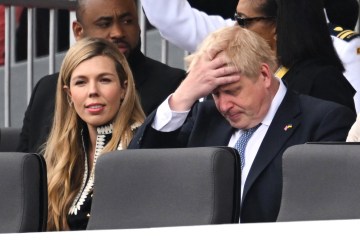 Ms Ridge then said: “Two figures who are significant – Jeremy C***, because he’s the potential leadership candidate, and Jesse Norman because he’s worked with Boris Johnson for quite a long time, and yet that was an eviscerating letter he published explaining why he’s not going to be voting in favour of his leadership.”

The veteran broadcaster didn’t appear to notice the blooper, continuing seamlessly on into an interview with political correspondent Ali Fortescue, but plenty of viewers did.

“Drop the ‘C-bomb’ when talking about Jeremy Hunt, and simply carry on regardless without a second thought or an apology. Superb!”

Another said: “I knew she’d said it, but I didn’t believe my own ears.”

It’s not the first time Mr Hunt’s name has been mispronounced over the years.

Back in 2019, BBC News 24’s Carrie Gracie made a similar slip when she was discussing the then-Foreign Secretary’s response to Nazanin Zaghari-Ratcliffe’s plight in Iran.

The BBC’s Justin Webb mispronounced the name in 2018, while Radio 4’s Jim Naughtie was caught out back in 2010.

Mr Hunt was one of the most high-profile MPs to vote against Mr Johnson tonight.

In a stinging Twitter thread he blasted: “Anyone who believes our country is stronger, fairer & more prosperous when led by Conservatives should reflect that the consequence of not changing will be to hand the country to others who do not share those values.

“Today’s decision is change or lose. I will be voting for change.”

Despite Mr Hunt’s attempts to stir politicians, the PM scraped by.

However, the situation looks dire for him after he was booed by Brits at the Jubilee last week.

His 59 per cent support margin tonight is much worse than doomed Theresa May achieved just months before she fell on her sword.

A total of 41 per cent of his MPs voted to chuck him – just hours after he pleaded with them for unite under his leadership.

The scale of the revolt leaves him wounded and will keep speculation swirling that he could throw in the towel.

One senior Tory told the Sun: “That is a catastrophic result for Boris.”

Ms Ridge was discussing the Tory mutiny against Boris Johnson when she made the gaffeCredit: AP