TWO women in their fifties have been killed at the school where they worked by a teenage pupil armed with an axe, it was reported.

The horror unfolded when the 18-year-old pupil, who also had a knife and a hammer, went on the rampage at around 5.15pm at the high school in Sweden.

Armed cops stormed the school to subdue the attackerCredit: EPA

An 18-year-old has been arrested in suspicion of murderCredit: AFP

Dramatic pictures show armed police storming the school as they hunted for the maniac.

The incident took place at Malmo Latinskola, a big secondary school in the country’s third-biggest city.

Police said the victims were in their 50s and they were rushed to hospital but around 11pm it was announced that they had sadly died.

The pupil was detained in the school and has now been arrested on suspicion of murder.

According to local media police received reports of what was described as “ongoing lethal violence”. 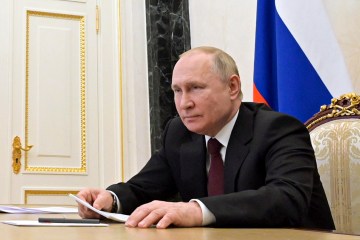 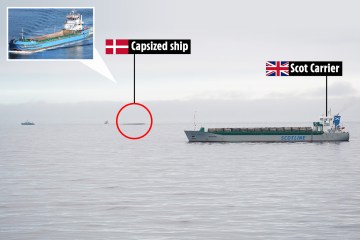 Terrified pupils described how police with their guns drawn arrived at the school and two people were taken out on stretchers, SVT reports.

At the time there were around 50 pupils in the school and some were preparing for a musical.

Several other people in the school were also injured in the attack, local police said.

“It’s a feeling of helplessness, it’s terrible,” he told the Sydsvenskan paper.

The paper reported that some of the pupils at first thought the attack was a prank.

They were kept in the classrooms for several hours while the police searched for any more attackers.

Police spokesman Nils Norling said: “Shortly after five o’clock we got an alarm that there was some kind of noise or the like.

“Loud voices were heard inside the school. We sent a patrol to the site and the perpetrator was arrested shortly afterwards.”

In a statement, Malmo police said: “Two women in their 50s have died as a result of being subjected to violence.

“The women were employed at the school. Relatives have been notified.

“An 18-year-old man has been arrested on suspicion of murder. The man is a student at the school.”

Malmo police chief Petra Stenkula later said: “It is with great sadness that we can state that two people lost their lives in this terrible event and our thoughts go to their relatives and friend.”

The school remained cordoned off with police tape several hours after the incident with numerous police cars and ambulances still at the scene.

Authorities had yet to disclose any motive for what happened.

The road outside the school was blocked off by policeCredit: EPA

Previous post Let’s Ignore Each Other in the Same Room