House Speaker Nancy Pelosi announced that he will lie in state at the US Capitol on March 29.

The congressman worked with ten different presidents during his tenure in officeCredit: Getty

A formal ceremony will be held with the Young family on March 29, which will be for their invited guests, followed by a wake held for members of Congress.

He will lie in state at the US Capitol, where he served for nearly 50 years.

Lying in state is an honor traditionally bestowed upon American political and military leaders. 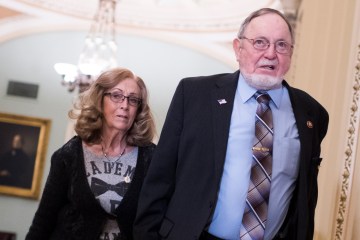 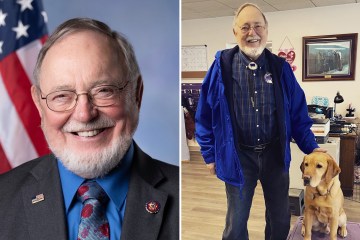 How did congressman Don Young die?

He was on his way home to Alaska at the time.

An official cause of death has not yet been determined.

“It’s with heavy hearts and deep sadness that we announce Congressman Don Young, the Dean of the House and revered champion for Alaska, passed away today while traveling home to Alaska to be with the state and people that he loved,” a statement from his office read.

Don Young and his wife, Anne, who was reportedly by his side at the time of his deathCredit: Getty

What was Don Young known for?

The congressman was known for not only his long tenure but for the amount of work that he got done for his constituents during that time.

According to Gov Track, he was the primary sponsor of 123 bills that were enacted into law during his 49 years.

Many were for infrastructure and tourism in Alaska.

He moved there the same year that it was granted statehood, in 1959, and was elected congressman in 1973.

The Anchorage Daily News paid tribute to him: “As humans, we like to be able to package things up into comprehensible packages. When public figures die, it’s tempting to try to reduce them to the two or three things we remember most about them.”

“But Don Young can’t be captured by that rigid classification. In his 49 years as Alaska’s lone U.S. House member, he stood out despite being only one representative of 435.”

It was the congressman’s 25th term, and he was preparing to run for his 26th when he died.

Previous post A Low Birthrate Was Supposed to Weaken Russia. What Happened?