A Wisconsin man is accused of threatening to “go down in a blaze of glory” by shooting lawmakers who voted for a proposal to arm teachers in the wake of a mass shooting in Uvalde, Texas.

James R. Stearns, 72, was arrested May 27 on a charge of one count of terrorist threats – interruption of government operations – a Class I felony. 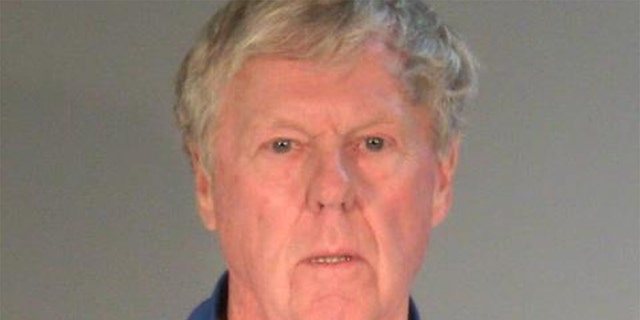 According to a criminal complaint obtained by WLUK, Stearns sent two emails – including one to a Wisconsin state legislator, threatening them and their family members – in late May.

In an email sent to radio host Jeff Wagner, Stearns allegedly said that if Wisconsin lawmakers ever voted to arm public school teachers he would “purchase a gun, the most powerful I can purchase, and go to Madison and shoot as many of the people who vote for this law as I can before someone shoots me.”

The email added: “Arming the teachers and administrators would be the worst possible thing our country/state would ever see, and I am more than willing to go down in a blaze of glory.”

In another email sent to a specific Wisconsin legislator, Stearns allegedly wrote: “If you pass legislation to arm teachers, administrators, and other staff people in the Wisconsin public schools, you’ll be a dead man in 60 days of passing that legislation.”

The sender ominously warned: “People will hunt you down and your family like animals.”

Stephanie and Michael Chavez of San Antonio pay their respects at a makeshift memorial outside Robb Elementary School, the site of a mass shooting, in Uvalde, Texas, U.S., May 25, 2022.  (Reuters/Nuri Vallbona)

When questioned by authorities, Stearns said he was trying to get the attention of lawmakers to not do something he didn’t believe was right, according to the criminal complaint. Stearns allegedly told authorities he did not believe the threats would be taken seriously and insisted he had no past mental health issues.

Stearns’ next court appearance is scheduled for July 29. Court records do not indicate he has retained an attorney who could speak on his behalf. 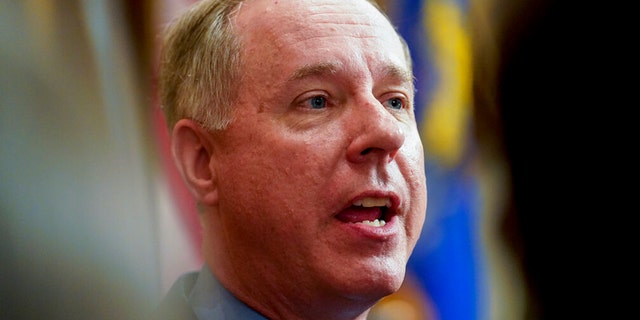 FILE: Wisconsin Assembly Speaker Robin Vos talks to the media after Gov. Tony Evers addressed a joint session of the Legislature in the Assembly chambers during the governor’s State of the State speech at the state Capitol Tuesday, Feb. 15, 2022, in Madison, Wis.  (AP Photo/Andy Manis)

The nation has been on a high alert after a string of two high-profile mass shootings. On May 14, an 18-year-old gunman shot and killed 10 people at a grocery store in Buffalo, New York. Then on May 24, another 18-year-old shot and killed 19 children and two adults at Robb Elementary school in Uvalde, Texas.

In the wake of the shootings, Wisconsin’s top legislative Republican, Assembly Speaker Robin Vos, said he was open to the idea of arming teachers.