EXCLUSIVE: The woman banned from Grand Teton National Park in Wyoming for falsely reporting a missing person sighting last year says she did it to keep the search effort going, not to hinder the mission.

Speaking over the phone from Greece, where she traveled for her 40th birthday, Heather Mycoskie told Fox News Digital that she had admitted to the falsehood months ago and already paid back thousands of dollars in restitution to cover search efforts in the part of the park she claimed to have seen the missing Cian McLaughlin.

“I did, in fact, lie,” she said. “I submitted a false statement, but it was all based on information that I had received.” 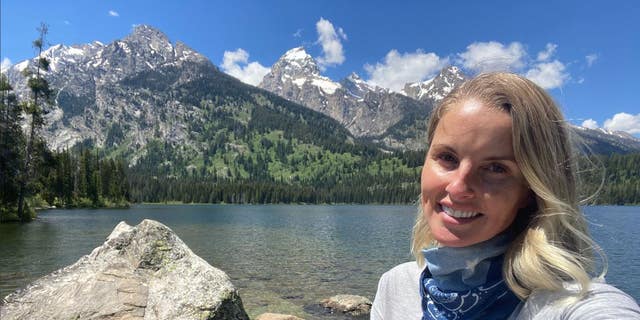 Mycoskie said she has a long record of public advocacy for people and animals. Her ex-husband Blake Mycoskie founded Toms Shoes, she said – the ethical shoe manufacturer where she was once the head of its Animal Initiative, according to a Vogue profile of her in 2016.

The National Park Service said last week that it had reached a deferred prosecution agreement with Mycoskie, who was ordered to pay the U.S. Treasury $17,600 in restitution and banned from the park for five years after she “fabricated the sighting to ensure search efforts continued” in the sprawling Wyoming park.

That is what she intended, she told Fox News Digital.

“I’m extremely sorry, and I would love to apologize, but I lied,” she said. “I hope that his family can understand that I wasn’t trying to hurt the search or mislead anybody.”

Mycoskie, a longtime activist and former model who has since left Jackson and moved to Costa Rica, said she sent in a false tip out of fear that authorities were scaling down the search and rescue effort. She said she thought that she could help reinvigorate it by claiming to have seen McLaughlin at a place where she heard he liked to hike. 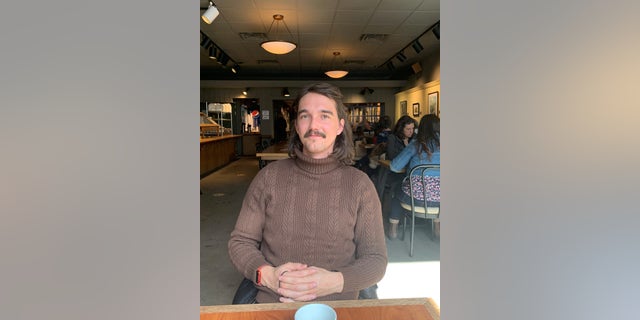 She said she got that information while eating lunch at McLaughlin’s job at the Bistro restaurant in Jackson — where she said she met a bartender who identified herself as a friend and confidant of the missing man. Mycoskie said she did not know either of them beforehand and has not kept in touch with the bartender.

“She, to me, was very believable and seemed like a very valuable source,” Mycoskie said. “She said that her belief was that he entered the park and most likely went to Taggart Lake, because that was one of his favorite spots that he would go, and jump off a rock and go swimming. She said she shared that information with officials, but they weren’t taking it seriously, and they were following other tips and looking in a different area.”

A woman who answered the phone at the Bistro restaurant confirmed that McLaughlin had worked there but said she could not comment on the case. 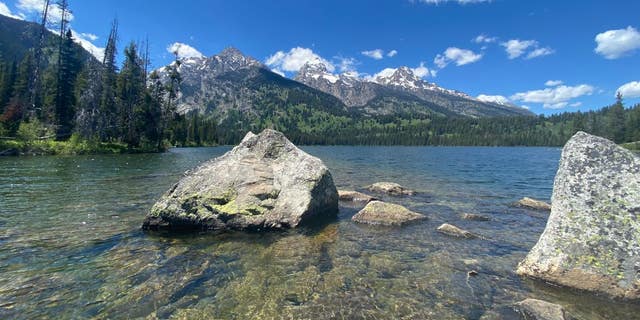 “I couldn’t understand why they wouldn’t take her suggestion seriously,” Mycoskie said of authorities’ handling of the bartender’s tip. “I’m a mom, and I have two children, and I can’t imagine what it would be like if one of my children were missing, you know? And so, I felt that I could try to help in any way.”

On June 8, 2021, McLaughlin was seen near the Lupine Meadows Trailhead around 2:30 p.m., according to park officials. They found his vehicle nearby, and said it appeared on surveillance video at the Moose Entrance Station 15 minutes earlier. A local guide reported a sighting at the Garnet Canyon/Surprise Lake junction at 3:45.

McLaughlin missed a work shift on June 10 and was reported missing on June 12, according to authorities.

Other witnesses reported sightings on a trail leading toward Garnet Canyon, Surprise and Amphitheatre Lakes and Delta Lake, according to the National Park Service. The Delta and Taggart lakes are only about 4 miles apart but found on different trails. The Park Service, in a series of Facebook posts, updated the public on where it was focusing search and rescue resources.

Mycoskie said that fearing authorities were moving their attention to the other trails, she “felt compelled” to send the false tip to get more eyes on the Taggart Lake area.

“I said I saw him walking in the direction of Taggart Lake, and it sounded like, to me, that he was going to Taggart Lake,” she said. “And that’s what I did, and that was also my big mistake, probably the biggest mistake I’ve ever made in my life — I lied, and I made a false statement that I saw him.” 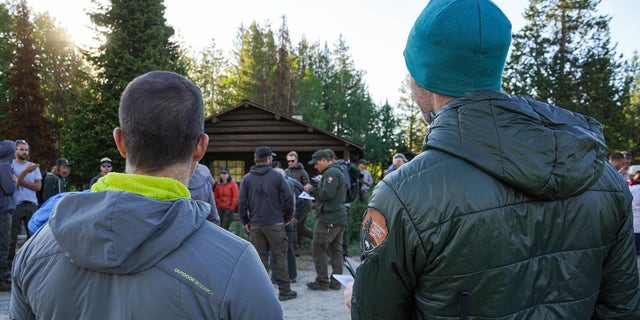 “As a direct result of Mycoskie’s false report, approximately 532 hours were spent conducting searches, managing search efforts, conducting follow-up investigations, and completing associated reports,” a park spokesperson said last week. “This wasted valuable time that could have been focused on searching areas of higher probability, and it cost the federal government approximately $17,600.”

As a former Jackson resident, she said she knows the park well and visited Taggart Lake with a wetsuit and goggles to participate in the search herself in 30-degree water.

Mycoskie said Tuesday that she had already paid the fine, which she agreed she “felt was definitely necessary,” and that she believed the Park Service released her story last week to coincide with the one-year mark since McLaughlin’s disappearance.

“I entered the agreement with officials back in February, so it’s been a while,” she said. “That this is coming out as news now is surprising, and I totally owned up and apologized for my mistake and admitted that I lied — but I did it with the intent of trying to help.” 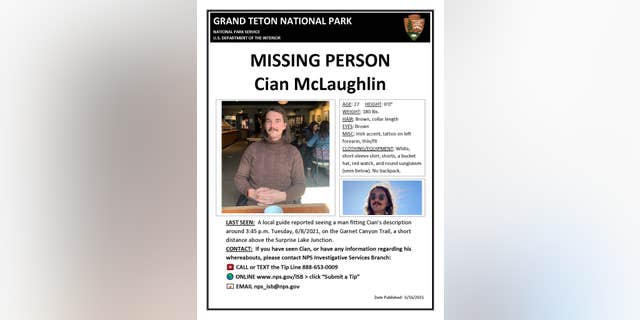 But she also said she felt the version of events revealed last week omitted her motivations — and led to online harassment targeting herself, her family and her friends.

An NPS spokesperson did not immediately respond to messages seeking comment.

The search for McLaughlin will continue this summer, according to authorities, and park officials are asking anyone with information on his whereabouts to call 888-653-0009.

Backcountry hikers are also asked to keep an eye out for belongings he is believed to have been carrying when he disappeared, including a red Apple Watch, a red iPhone 12 mini, gold glasses, a U-shaped silver pendant and a white T-shirt.

Michael Ruiz is a reporter for Fox News Digital. Story tips can be sent to [email protected] and on Twitter: @mikerreports