It’s not often that a team’s ace gives up five home runs in a ballgame and is handed a no-decision in a win, but that’s what the New York Yankees and Gerrit Cole did Thursday night.

Cole gave up home runs to the Minnesota Twins’ first three batters of the game, but New York rallied late, beating the Twins 10-7. 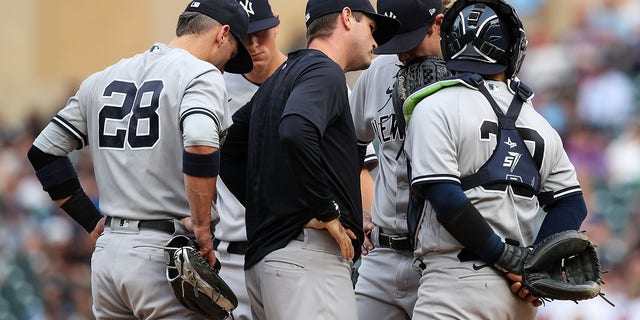 Matt Blake of the New York Yankees talks to Gerrit Cole and the rest of the infield after Cole gave up three solo home runs in a row against the Twins at Target Field on June 9, 2022, in Minneapolis, Minnesota. (David Berding/Getty Images)

The back-to-back-to-back home runs to lead off the game was a franchise first for the Yankees, with Minnesota’s Luis Arraez, Byron Buxton and Carlos Correa all leaving the yard to start off the bottom of the first inning, per the New York Post

Cole allowed seven runs in just 2⅓ inning of work – including two more home runs – exiting the game in the third after putting New York in a 7-3 hole.

“Stuff was just over the middle of the plate, pitch after pitch,” Cole said. “Boy that was tough, just really poor execution and just not great stuff and never really found a way to try to make it any better.”

New York began chipping away at the lead in the top of the fifth, with Yankees right fielder Joey Gallo getting the second of his two home runs on the night. New York left fielder Aaron Hicks tied the game at 7-7 in the top of the sixth inning with a two-run shot, and the Yankees scored two runs in the seventh inning to take the lead for good. 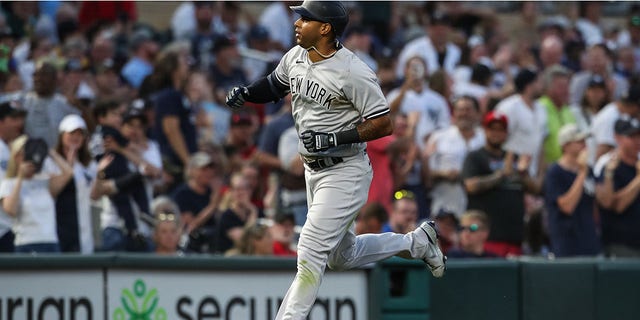 Aaron Hicks of the New York Yankees rounds the bases on his two-run homer to tie the game against the Twins at Target Field on June 9, 2022, in Minneapolis. (David Berding/Getty Images)

“With this team, we’re never out of a game, especially that early in the game,” Hicks said after his first home run since April 12. “We have a lot of veteran guys that are in this lineup that understand that you’ve got to keep pushing throughout the whole game. We’re a team that can score a lot of runs.”

The Yankees’ relievers were the stars of the night, throwing 6⅔ innings of scoreless baseball while allowing just one hit.

With the Thursday night comeback, the Yankees took the three-game series in Minnesota, and handed the Twins their sixth loss in their last nine games. 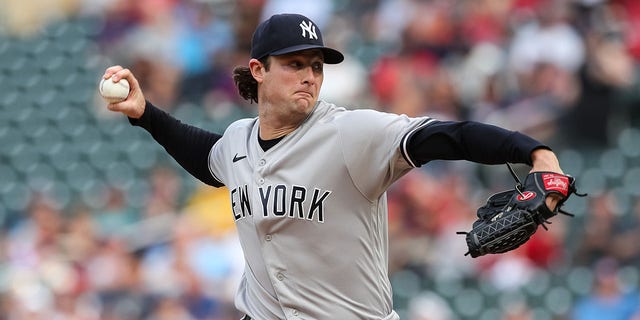 Gerrit Cole of the New York Yankees pitches against the Minnesota Twins on June 9, 2022, in Minneapolis.  (David Berding/Getty Images)

“We faced their best pitchers, who happened to be on top of the best rotation in the game right now,” Correa said. “They didn’t go past five, so that’s a positive you take out of that series, and that speaks volumes about our lineup, about our group of guys, about what we can do out there when we have a collective approach.”

Joe Morgan is a Sports Reporter for Fox News.

Next post Days before his South Carolina primary, a G.O.P. congressman who voted to impeach Trump stands by his vote.