AMERICAN Idol has returned for its 20th season this year, with a few changes.

The show will be celebrating 20 years since it first premiered in 2002, and host Ryan Seacrest will have some surprises in store for viewers.

Where can I watch American Idol?

The 20th season of American Idol premiered on February 27, 2022, at 8pm ET, and fans will be able to watch the show every Sunday on ABC.

They can also stream American Idol on the ABC app or on Hulu.

Who are the American Idol judges?

The show has welcomed back several judges with one notable difference.

Judges Lionel Richie, Katy Perry, and Luke Bryan will all return as American Idol judges this season, and executive producer and showrunner, Megan Wolflick said they are thrilled to welcome them back. 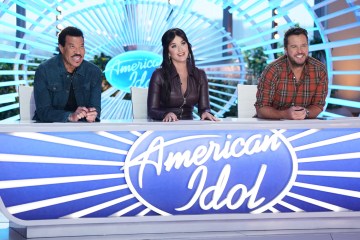 “The chemistry and passion Katy, Luke, Lionel, and Ryan bring is second to none. We couldn’t be more ecstatic that they are returning for this iconic 20th season in search of the freshest new talent that this nation has to offer.”

What changes are there this season?

Ryan Seacrest says he wants to bring back old faces from earlier seasons to commemorate the show’s highs, lows, and everything in between.

“In terms of the contestants, I want to see every one of them come back, way back from the beginning,” Seacrest told Parade.

“I remember a moment with Clay (Aiken) and Ruben (Stoddard), I want to see Carrie (Underwood) again, I love seeing Jennifer Hudson. I can remember standing next to them looking at their faces and reactions in moments of success and challenge.”

The American Idol alums will be brought back to assist the judges and mentor the singers throughout the season.

Wolflick said, “…This year we will be leaning into our amazing American Idol university alum to help our current Idols along the way in different stages of the competition, so lots of those familiar faces, who America has grown to love will be seen throughout the season and we are very, very excited and our alum is excited to give back.”

In addition to bringing back old faces, a new ticket will be passed out to three lucky contestants who are considered to be above the rest.

During auditions, these three contestants, one chosen from Nashville, Austin, and Los Angeles, will receive a platinum ticket allowing them to attend Hollywood Week to rest and observe the competition.

This will give them an advantage in selecting who they want to sing a duet with later in the season.

Katy Perry told Parade, “We identify the best talent in each place and we give them this ticket, rather than our usual gold ticket, so this ticket gives them the ability to go to Hollywood Week.