The White House announced that it plans to cancel federal student loans for some 560,000 borrowers who attended the now-defunct for-profit Corinthian Colleges chain. Under the new action, hundreds of thousands of students who attended the now-defunct chain will receive $5.8 billion in full loan discharges – the largest of its kind in the Department of Education’s history.

“I do not support it,” Bennett said. “Now, Corinthian Colleges were a scam, and they were putting a scam on a lot of students. They deserve some punishment and some accountability, but that does not mean the taxpayers have to pay for that, which is what we are doing here.”

“To relieve these students of the loan – and they should have gone in with the eyes open, buyer beware – is to punish the taxpayer, who many of whom – most of whom – are never going to college of any sort. So again, it’s regressive, and it’s a mistake,” he said.

At its peak, Corinthian was one of the nation’s largest for-profit college companies, with more than 110,000 at 100 campuses across the country. 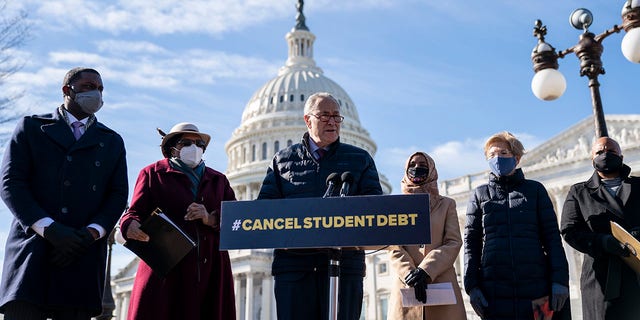 The company shut down in 2015 amid widespread findings of fraud. The Obama administration found that scores of campuses were falsifying data on the success of their graduates. In some cases, the schools reported that students had found jobs in their fields of study even though they were working at grocery stores or fast-food chains.

But Biden’s debt forgiveness in this instance is likely just the first move of a broader forgiveness plan, Bennett said, questioning where the president plans to draw the line. 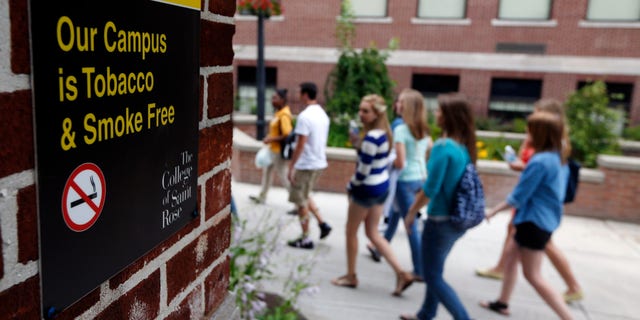 Students take an orientation tour of a college in Albany, N.Y.  (AP)

Bennett said that during his time in the Reagan administration, he found that $1.7 trillion that’s now owed in student loans is listed in the federal budget as a credit.

“Because they expect that money to come in,” he explained. “You were counting on getting the money in, and now you are not.”

Next post Some of the words from this year’s bee.