A YOUNG boy left in a coma after a “freak accident” while he played a game he saw on social media is legally dead and must be withdrawn from life support, a judge has ruled.

Archie Battersbee, 12, has been at the centre of a High Court dispute after suffering brain damage earlier this year.

A High Court judge has ruled that Archie Battersbee’s life support must be turned offCredit: PA

The schoolboy has been in a coma since suffering severe brain damage in a ‘freak accident’ at homeCredit: PA

Parents Hollie Dance and Paul Battersbee said they believed the schoolboy could eventually recover from his injuries.

But doctors said Archie is “brain-stem dead” and won’t ever get better.

The boy has not yet regained consciousness, and today, the court has ruled he has no realistic chance of recovering.

Archie, of Southend in Essex, currently remains at the Royal London Hospital with his heartbroken family by his bedside. 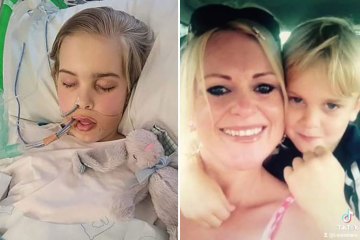 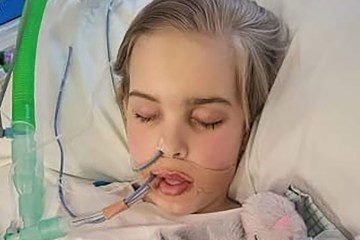 Hollie, 46, found him with a ligature over his head on April 7 this year.

She believes he might have been taking part in an online challenge, which sees young people asphyxiate themselves to the point of passing out for social media videos.

Today, she battled back tears as she vowed to continue the fight.

Speaking outside the courtroom, she told reporters she is “devastated”.

“I am devastated and extremely disappointed by the judge’s ruling after weeks of fighting a legal battle when I wanted to be at my little boy’s bedside,” she said.

The court heard Archie is “likely” to be dead based off an MRI scan – the first time a decision has been reached using that method, Hollie claimed.

“The medical opinion presented in court was clear, in that the whole concept of ‘brain death’ is now discredited,” she said.

“In any event, Archie cannot be reliably diagnosed as brain dead.

“I feel sickened that the hospital and judge have failed to take the wishes of his family into consideration.

“I don’t believe Archie has been given enough time.

“From the beginning I have always thought, ‘What’s the rush?’

“His heart is still beating, he has gripped my hand, and as his mother and by my mother’s instinct, I know my son is still there.”

“I know of miracles when people have come back from being brain dead,” Hollie told reporters.

“We do intend on appealing. This is only the start. I will not give up my fight for my son.”

We are devastated… his heart is still beating, he’s gripped my hand. I know my son is still there

The brave mum, who left Holly Willoughby in tears after telling her story on This Morning, previously said Archie suffered brain injuries in a “freak accident”.

She told the presenter: “I ran screaming to get help.

“Nobody was there so I came back in.”

A specialist has told the court that tests on Archie had shown no “discernible” brain activity after the horror. However, they did reveal “significant areas of tissue necrosis” – meaning parts of the brain have died.

And this morning, Mrs Justice Arbuthnot, sitting at the Family Division of the High Court in London, said Archie should be disconnected from his ventilator.

She concluded that Archie had died “at noon on May 31,” shortly after the most recent MRI scans had been taken.

“I find that irreversible cessation of brain stem function has been conclusively established,” she said in a written ruling.

She added: “The steps I have set out above are lawful.”

Alistair Chesser, the chief medical officer at Barts Health NHS Trust, said: “This is a sad and difficult time for Archie’s family and our thoughts and sympathies are with them as they come to terms with what has happened.

“In line with the guidance issued by the court, our expert clinicians will provide the best possible care while life support is withdrawn.

“We are also ensuring that there is time for the family to decide whether they wish to appeal before any changes to care are made.”

She says Archie has squeezed her hand and his heart is still beatingCredit: PA

But a judge today ruled that life support should now be withdrawnCredit: GoFundMe

Previous post How Long Does Covid Immunity Last? Will a Second Illness Be Worse? How Can I Prepare?